Finding Nemo Art Director Finds His Way Back to Bulgaria 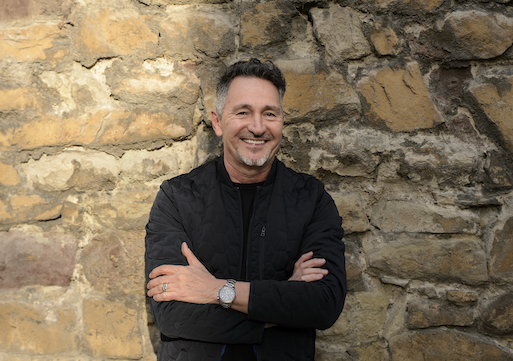 Thirty-eight years ago, under cover of darkness, Anthony Christov smuggled himself out of Bulgaria to embark on the greatest adventure of his life. The adventure would take him through a border-town prison, a mosquito-infested facility for refugees in Belgrade, a frigid Austrian autumn, a one-way trip to California, a mandatory rite-of-passage apprenticeship in the American hospitality industry, and a whirlwind career in film animation that included work as art director on award-winning films Wall-E, Finding Nemo, and The Incredibles.

But for Anthony, or simply Tony, a straightforward, down-to-earth man with an easy demeanor and a twinkle in his eye, the best part of the adventure wouldn’t begin until the decision to return to Bulgaria permanently didn’t start forming in his head a few years back. Tony explains: “Here I feel free—free to speak my mind, free to be myself.” The kind of environment an artist can thrive in.
Besides, his departure was never meant to be permanent.

By 1981, perhaps because of his fine eye for detail, Tony had seen the cracks in Bulgaria’s socialist dictatorship and decided to make a run for it. A wedding in a North Bulgarian border town provided an excuse for him and his fellow fugitives to get near the border (free movement wasn’t a familiar concept in communist Bulgaria), the dead of night offered cover, and youth supplied the muscle power allowing them to run for hours until they got through to the Serbian side. The fugitives ran into a friendly local border guard, coincidentally named Druze (“friend” in Serbian), who arrested them but treated them kindly, buying them ice cream (“the best ice cream I had tasted until then,” Tony says) and, after they spent three weeks at a prison in Zaječar, personally driving them to a Belgrade center for Eastern European refugees. 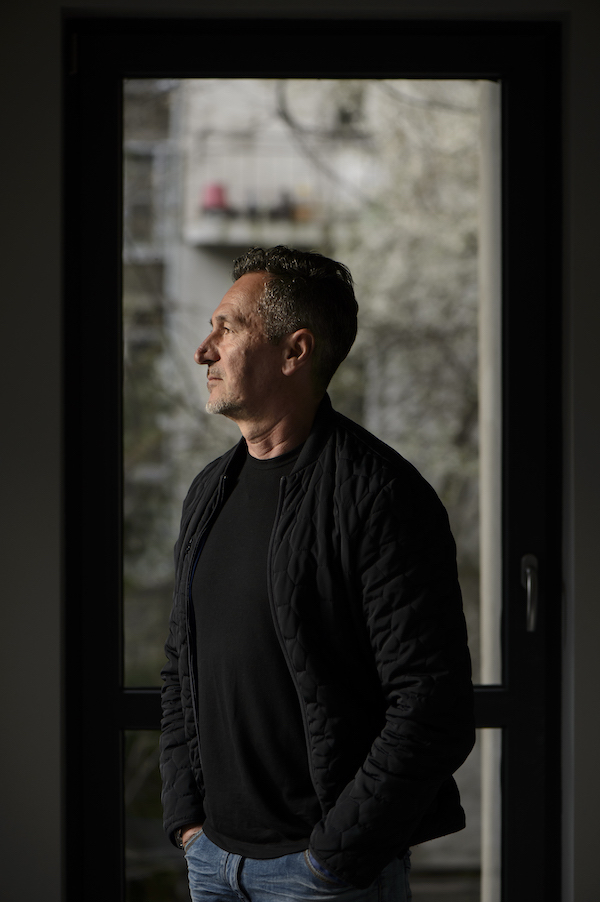 There Tony and his friends shared quarters with thousands of ravenous mosquitoes and forty Romanian youth wearing brownish boxer shorts only: they had been fished out of the murky Danube in their attempt to swim to freedom.

Toward the end of the Belgrade episode, Tony remembers standing in line waiting his turn to pick a destination (the options were Austria, Italy, or Australia) and only making his choice in the last minute.

“Over there in the maize field, that’s Austria. Now get the heck out of here.”

The Yugoslav border guards’ directions were precise enough to guide them out of the country. (It was common practice for the Yugoslavs to pass their immigrant troubles over to the West Europeans.) Austria was a free country, but Tony soon realized that his knitted summer shoes wouldn’t tide him over through an Austrian winter. An expectedly quick US visa application process and the generous help of the Tolstoy Foundation, which helped dissidents and displaced persons settle in the west, offered the next solution, and the winter of 1981 became Tony’s first in California.

In the next few years, Tony perfected his English and picked up some Spanish working odd jobs in restaurants. One day, a workmate introduced him to his first contact in the animation industry, sealing his professional fate for the next three decades. It was a steep climb from that first assistant job at Disney Feature Animation to Pixar Studios’ highest ranks a decade and a half later, but Tony’s staring-challenges-straight-in-the-face personality was perfectly suited for the attempt. His artistic talent, grit, hard work, and people management skills helped too.

His parents had also prepared him for the unorthodox journeys that marked his early years. They were in their fifties when they had him and his brother and raised their two sons to be ready for their parents’ imminent death, including to be able to think for themselves from a young age and make the trip to their grandmother’s village on their own. Even then, the kindness of strangers ensured the journey ended well. (Only later did their parents, both of whom lived into their nineties, admitted that Tony’s mom had been following the boys on every occasion.)

Although Tony had never meant to leave Bulgaria forever, his return was piecemeal. When the Berlin Wall fell, and the trickle of people looking for a better life westward became a flood, Tony went against the tide. He started coming back, once a year at first, then twice and even three times a year. He’d visit relatives and old friends. He made new ones. Although he continued living in California, his loyalty to his birth country and people never wavered. He has kept up many of the friendships he formed upon his return in the early 1990s. 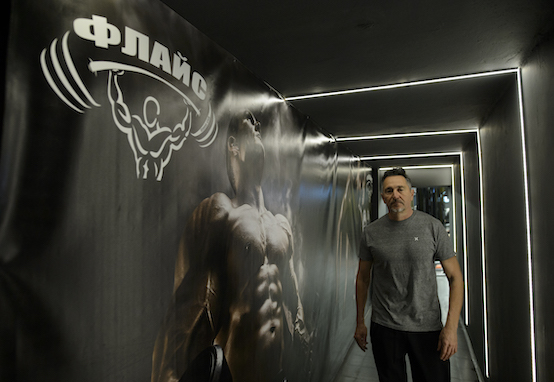 When in town, he has gone to the same Sofia gym for the past fifteen years because of how professional the staff is and how well the owner treated him. Tony befriended him and asked him to become his daughter’s godfather.

In the 2010s, he got into teaching and became one of the founders of the Rome-based IDEA Academy, a teaching center for digital and traditional arts. This got him within a low-cost airline flight’s distance of Bulgaria. As the school’s academics director, he designed its expansion eastward.

And now, here he is.

“You can’t imagine how good I feel not having a return ticket,” he says.

Was Bulgaria a tough sell for his Slovak-born wife and American daughters? Not really. “My wife said, ‘Let’s go,’ and my younger daughter loves it here,” Tony says. His older daughter is completing a law degree in California. 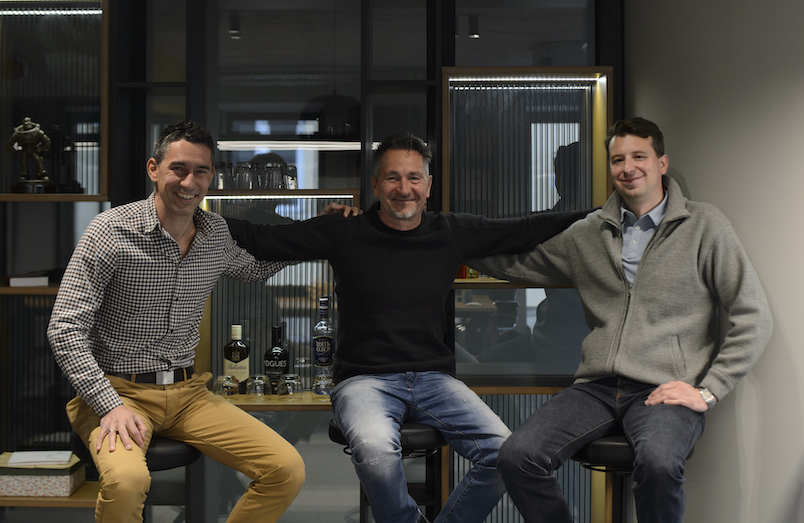 Tony’s return to Bulgaria may have been more conventional than his departure, yet it promises to shake things up for Bulgaria’s animation and other creative industries. IDEA Academy in Sofia will offer courses in game and visual effects design, cinematography, and entrepreneurship and is set to open its doors in September. Partners in the initiative are Milin Djalaliev (left), who was managing director of creative agency Saatchi&Saatchi for ten years, and Stanimir Andonov (right), a longtime educator in the area of brand building. IDEA Academy’s Sofia office is housed at Ligna Creative Space.

Ever since Tony made up his mind to return, he has met with encouragement and help from all around. “Total strangers have offered advice and help, opened doors for me, and they didn’t have а financial motive to do so. I’ve never seen anything like it,” he says. And this coming from someone who’s relied on strangers’ help on multiple occasions.

Anthony Christov joined the RE:TURN initiative on its West Coast tour in March 2019. In Los Angeles, he spoke about leaving and returning to Bulgaria and setting up IDEA Academy in Sofia to help give Bulgarian youth interesting, well-paying occupations. 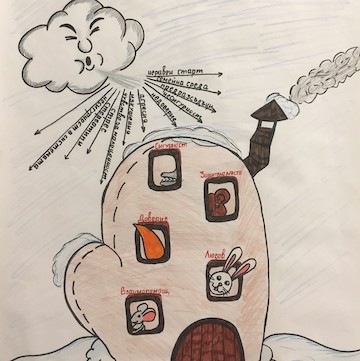 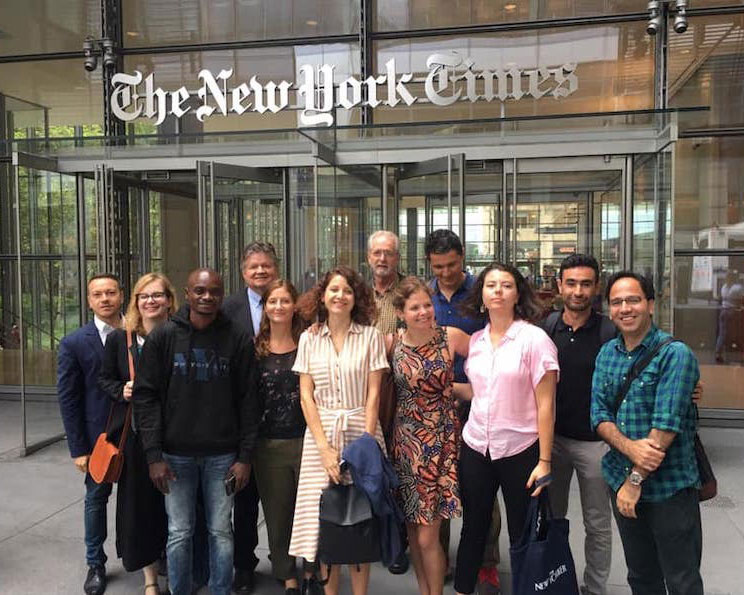