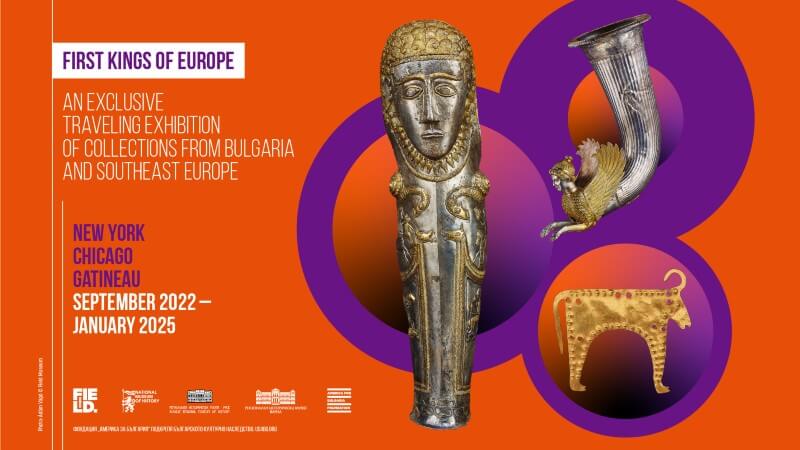 One hundred and thirty years after visitors to the Chicago World’s Fair in 1893 first learned about Bulgaria’s most famous product, rose oil, and Rose Valley, the center of rose oil production in the country, North American audiences will find out why Rose Valley is also known as the Valley of the Thracian Kings.

Antiquity is often associated with the achievements of the ancient Greeks, Romans, Egyptians, and the peoples of the Far East. Yet, the ancient Balkans were home to long-lost civilizations of great power and cultural sophistication whose place in European history merits revisiting.

The ancient civilizations inhabiting what is now Bulgaria and Southeast Europe are the subject of a new traveling exhibit aiming to fill the gap in knowledge of Antiquity and assert the region’s place in world history. Part of the Chicago Field Museum’s First Kings of Europe project, the exhibit opened on September 21, 2022, in New York City as Ritual and Memory: The Ancient Balkans and Beyond. Visitors can see it at New York University’s Institute for the Study of the Ancient World until February 19, 2023.

Featuring some of the most compelling archaeological finds from the region stretching from the Balkan Mountains to the Carpathian Basin, First Kings offers a rare glimpse into cultures that left few written records and have been shrouded in mystery for years. Discoveries from the last several decades, however, are slowly unlocking Thracians’ secrets and enriching our understanding of the continent’s history.

The First Kings project is an unprecedented international collaboration between museums in North America and Southeast Europe bringing together more than 200 artifacts from 27 museum collections in 11 countries: Albania, Bosnia and Herzegovina, Bulgaria, Croatia, Hungary, Kosovo, Montenegro, North Macedonia, Romania, Serbia, and Slovenia. Albeit relics of a shared past, the exhibition items belong to different national collections and are assembled for the first time in First Kings. 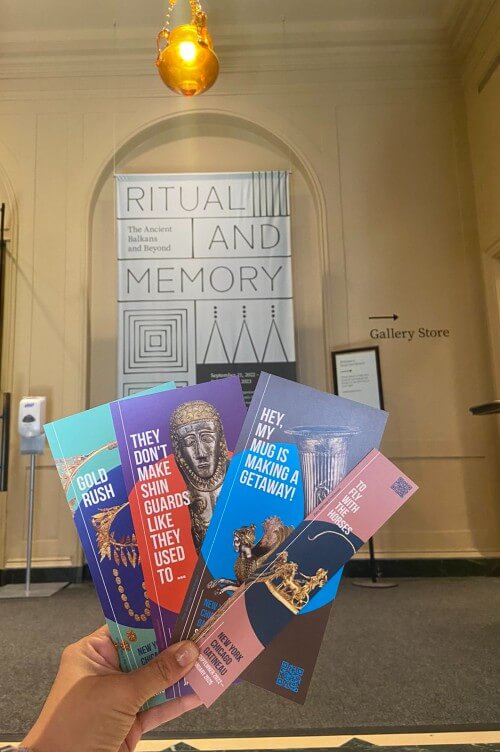 Our knowledge of these peoples was considerably advanced with the discovery and study of hundreds of burial mounds in what is dubbed the Valley of the Thracian Kings, near the modern-day Bulgarian town of Kazanlak, of rose oil fame. (One travel website refers to it as the Thracian equivalent of the Egyptian Valley of Kings near Luxor.) Nearly 300 of the more than 1300 mounds were studied in the 1990s and early 2000s, leading archaeologists to conclude that the area was at the heart of the powerful Odrysian Kingdom, which existed between the fifth and first centuries BC. At its peak, the kingdom occupied a territory spanning present-day Bulgaria, southeastern Romania, northern Greece, and European Turkey.

This history will come to life through ancient artisans’ fine craftsmanship. North American audiences will see silver-and-gold shin armor with a woman’s face and a beautiful gold wreath believed to have belonged to a 4th-century BC Thracian ruler; an ornate drinking vessel with a sphinx head from the 4th-century Thracian Borovo Treasure; a 3rd-century BC gold earring in the shape of a chariot steered by a goddess; several artifacts from the Varna Gold Treasure, dated to 4600–4200 years BC and believed to be the world’s oldest processed gold; as well as many others.

“I am extremely happy that this exhibition is being produced on a scale that will present to the North American public the history of Europe from ancient times, of which we, Bulgarians, are also part. It is no coincidence that the National Museum of History is behind this project. With its collections and experts, the museum is the richest cultural institution, storing artifacts from all historical eras, representing the enormous role of the Balkans in the creation, development, and decline of ancient civilizations,” said Associate Professor Bonny Petrunova, director of the National Museum of History, one of the partner institutions in First Kings.

In total, 32 Bulgarian artefacts will take part in the First Kings exhibit with the financial support of the America for Bulgaria Foundation.

Following their New York debut, the ancient treasures will travel to Chicago, with exhibitions scheduled there between March 2023 and January 2024, and to Gatineau, Canada, where audiences can see them between April 2024 and January 2025.

Three of North America’s leading museums will host the treasures: New York University’s Institute for the Study of the Ancient World, the Field Museum in Chicago, and the Canadian Museum of History in Gatineau, Quebec. 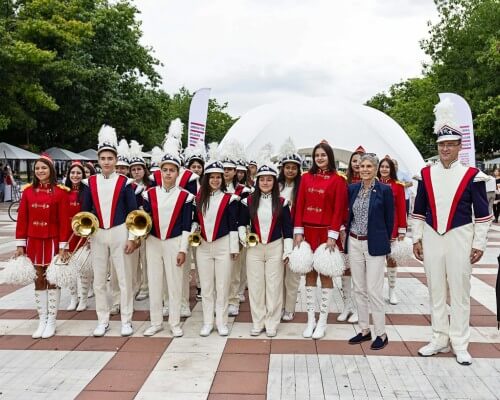 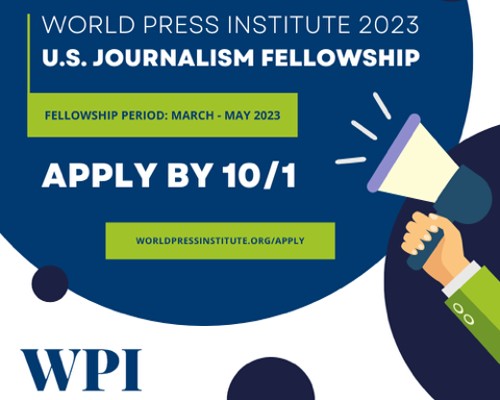