The American University… Where? An Unlikely Idea Is a Success at 30

Bulgaria was an improbable choice as a home to an American educational institution, at least in 1989, and no one remembers who exactly came up with the idea of setting up an American university there, as political science professor Robert Phillips Jr. writes in his 2021 book The American University… Where?, which inspired our headline.

The country’s then-close connections to the former Soviet Union and other Eastern Bloc countries’ much more prominent advocates in the US would have had experts betting their money on any other country but Bulgaria.

Yet, a few visionary Americans living and working in Sofia weren’t afraid to dream big. It’s unclear whether the idea for an American university in Bulgaria first originated with John Menzies, cultural and press officer at the US Embassy in Sofia, or George Prohasky, director of the Open Society Foundation there. Whoever it was, the idea quickly gained momentum.

It was embraced by US Ambassador Sol Polansky and University of Maine Chancellor Robert Woodbury, members of the émigré community, notably journalist and philanthropist Dimi Panitza, and a few visionary Bulgarians who wanted to accelerate their country’s integration into the West, such as Blagoevgrad mayor Eliana Maseva and President Zhelyu Zhelev, as well as many others. In less than two years, thanks to the efforts of this core group, the American University in Bulgaria became a reality, openings its doors on June 24, 1991.

Years later, in an interview for The American University… Where? then-mayor Maseva admitted that, although somewhat far-fetched, the founders’ ambition was to “make Blagoevgrad a little Oxford.”

That seemed like an impossible dream in the spring of 1991, when the university was still awaiting approval from the Bulgarian authorities, and its core team was just being set up. Faculty had yet to be hired, and initially classes were to be held in the former communist party headquarters in the center of town.

In choosing to tie their academic futures to a work in progress, students from the inaugural class took as much of a chance as the founders.

For Dilian Pavlov, of AUBG’s first class, even applying to the university was “an ordeal of heroic proportions” that involved an interminable train journey from his hometown of Ruse to Sofia and then a ride on a bus without a windshield, which had exploded on the way out of Sofia. The driver remained unfazed, however, and continued the journey wearing clothes borrowed from the passengers to protect him from the oncoming wind. Dilian says the story provides “a feel of the zeitgeist.”

Maybe it was taking chances and successfully navigating ordeals like that that helped Dilian become a successful entrepreneur. He cofounded Dynamo Software, which was acquired by an American investor in 2017 in the second-largest tech deal for a Bulgarian company (the largest being the acquisition of Telerik, another company founded by AUBG alumni).

“My decision to go to AUBG back in 1991 was very ‘unlike me’ — rash, even whimsical, and pretty scary at the time,” says Galina Chuleva, of the university’s first class, who went on to head the human resources department at Bulgarian telecommunications company Telenor. She adds that “looking back, it was one of the best decisions I ever made, and it has given impetus to my entire adult life so far.”

Entrepreneur and justice reform activist Deyan Vassilev likens his decision to attend the newly opened university in 1991 to investing in a startup. “It is rare that when as a prospective student you send out an inquiry letter to a university, in return you get back a feasibility study… as if I were an investor who had to read the business plan for a start-up,” Deyan writes in the winter 2012 issue of AUBG Today magazine. “So, I decided to ‘invest’ in this university ‘start-up’ — even though I had the chance to go and study in an established school in the USA.”

To ensure the university’s continued feasibility, Deyan is one of the most active members of the Alumni Pledge, a fundraising initiative by university graduates in support of student scholarships, student clubs and extracurricular activities, faculty research, events, and the AUBG endowment.

Dimitar Nachkov and Manol Peykov were serving in the Bulgarian army when they heard of the new university from a newspaper cutout Nachkov’s mother had sent him. They both applied and were accepted, crediting the university for the successful careers they subsequently built.

“With no past, an under-construction present, and an uncertain future, it is hard to imagine the level of the uncertainty that surrounded AUBG in 1991. All who became part of it were taking a chance that the institution would be up and running by the end of September and that it would remain in operation after that,” Phillips writes in The American University… Where?.

Nachkov’s answer to the question whether his decision to attend wasn’t too much of a risk best sums up the prevailing mood at the time — among founders, faculty, staff, and students:

“Actually, I looked at it as something exciting. I never questioned the possibility of this university not being able to succeed in the future.”

AUBG’s founding is as much a product of pioneering vision as of fortuitous circumstances and adventurous optimism. Its success was never assured, but it was tirelessly worked towards, and the university has undoubtedly become one of the most recognizable and successful American investments in Bulgaria and the region.

The university regularly tops the official rankings of educational quality issued by the Bulgarian Ministry of Education, with the caliber of its alumni recognized by the world’s best universities, where they continue their studies. Since 2003, with the launch of its executive MBA program in Sofia, the university has also become a leader in graduate business education in the region.

AUBG alumni are job creators and sought-after professionals worldwide. In the region, in particular, they are often trend setters and game changers in their fields — the subject of a recent exhibit at Sofia’s Lovers Bridge.

As investigative reporters, AUBG graduates uncover government corruption and state crime and are often among the last remaining voices of dissent in autocratic regimes. They advance inclusion and ethical leadership as core principles of democratic governance as heads of civil society organizations as well as national and local government agencies. Last but not least, graduates are helping reignite philanthropy in a region where the practice was all but stamped out during decades of Soviet-style dictatorship.

We will second the words of Sol Polansky, former US ambassador to Bulgaria and the first chair of the AUBG Board of Trustees, on the occasion of the institution’s previous anniversary: “I congratulate the University for hard work well done, the excellence of AUBG students who make a success of themselves and reflect on a once small university in a little Bulgarian city — you’ve done wonders and I wish you more to come.”

Happy thirtieth anniversary! We cannot wait to see the wonders you work in the next thirty years.

In recognition of the American University in Bulgaria’s importance for Southeast Europe and beyond, the America for Bulgaria Foundation has donated more than $26 million for student scholarships and campus expansion over the past twelve years. 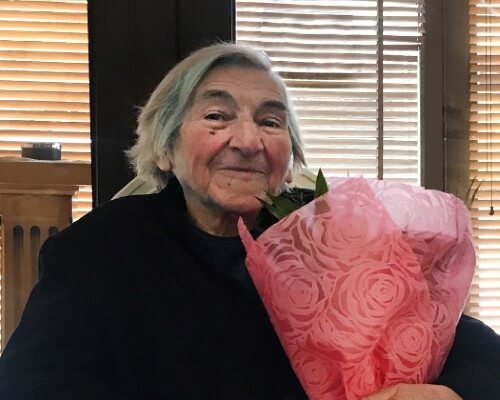 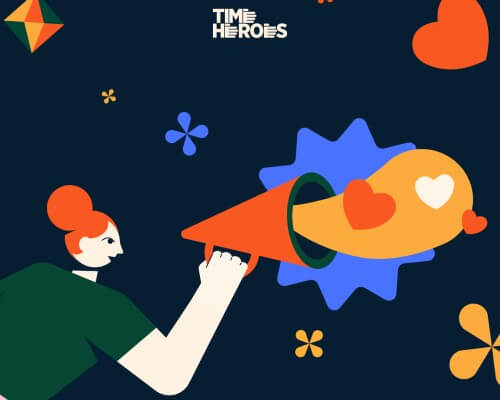 5 Ways to Awaken Your Business (and Keep Your Best Employees)