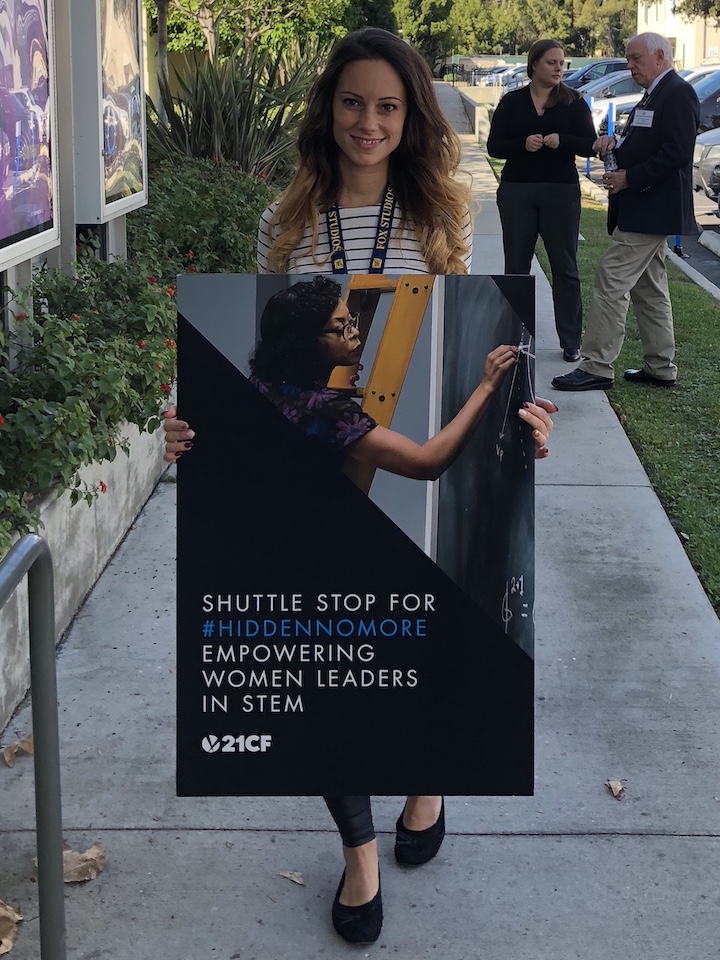 We are what inspires us, and we are usually inspired by people we meet in life.

My name is Petia, and I work at Muzeiko, the children’s science museum. I created the Space Challenges Junior program, which helps children ages 6–10 learn about technology, space science, and art. I couldn’t have done it without the vision and support of Raicho Raichev, whom I met a few years back. At the time, I told him I wanted to change the future by creating a science program for the children who would make the world a better place. He shook my hand and said, “If you want to, you will, and I will be with you!” Raicho is an exceptional person who believes in great ideas and always achieves his goals. He created the Space Challenges program for young adults in addition to founding Spaceport, the biggest online platform for free space education in Europe, and nanosatellite maker EnduroSat, which launched Bulgaria’s first CubeSat mission.

Last year, I was selected to join the US State Department’s Hidden No More program for women in STEAM (science, technology, engineering, arts, and mathematics). The program was inspired by the film Hidden Figures, which told the story of three African American women who played key roles in the early years of NASA space program development in the United States. The challenges facing the protagonists, Dorothy Vaughan, Mary Jackson, and Katherine Gobels Johnson, continue to hinder many women’s professional aspirations even today. To highlight women’s achievements, for the second year in a row, the US State Department has gathered together prominent female leaders in science from all over the world.

How did I end up among the world’s most deserving female scientists? Raicho came across the State Department’s announcement and told me that was the thing for me. I wasn’t very confident when I applied because I had read that each US embassy would nominate only one candidate per country, and of these, only 50 would be selected. Since I had no time to lose, I sent in my resume. And Raicho was right. The embassy chose me, and then the organizers decided I was a match for the program. 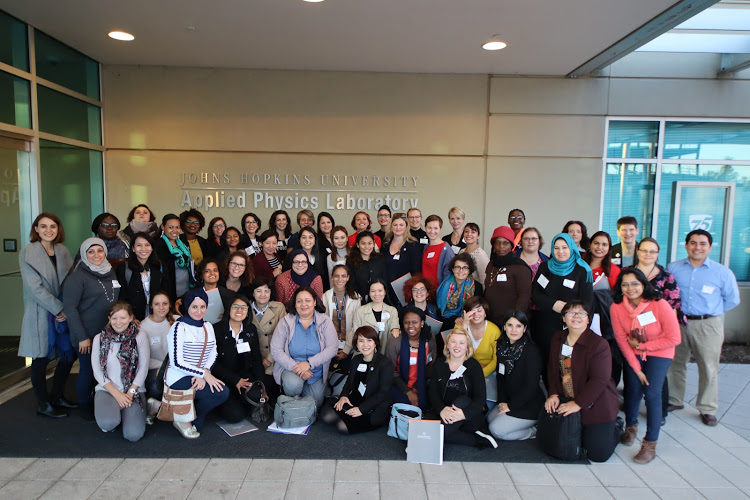 What comes to mind when you hear the word “engineer” or “scientist”? A man wearing a tie and glasses and carrying a computer? Someone in work clothes carrying a toolbox? A young man in a T-shirt and jeans with headphones on? A woman wearing lipstick and high heels with her nails done? Would someone like me come to mind?

International studies show that boys and girls perform equally well in the sciences. This means that the engineer stereotype didn’t come about as a result of physical or biological factors, but because of cultural perceptions. Take children’s toys, for example. In toy stores, there is an aisle for boys and an aisle for girls. One is lined with machines and tools, while the other is dominated by dolls and dresses. I grew up thinking that I wanted to be a princess, and I was really disappointed when people said I was smart because I thought being beautiful was more important.

Now imagine how my friend Amal from Palestine felt. A fellow participant in Hidden No More, Amal told me that, in her culture, it is unacceptable for a woman to decide what she wants to do with her life. She was supposed to marry her cousin and be a housewife her whole life. But Amal was lucky: she has a supportive and loving father who took her side, stood up to the rest of the family, rejected tradition, and gave his child a chance to become a successful scientist. Now Amal is a professor of mathematics and material science at Al-Azar University, a devoted wife to a man she loves, and a caring, dedicated mother.

Engineers create some of the most important tools for society and make our lives easier. They work on problems like global warming, deal with medical challenges, and invent technologies that change the world. Therefore, the female half of the population should be proportionally represented in the field. However, just 41 percent of the almost 18 million scientists and engineers in the European Union are women, according to a 2017 Eurostat study on women in technology occupations. The study was carried out on the occasion of International Day of Women and Girls in Science on February 11. In the rest of the world, these numbers are even more disturbing, with “female engineer” sounding exotic, unbelievable even, in some countries. 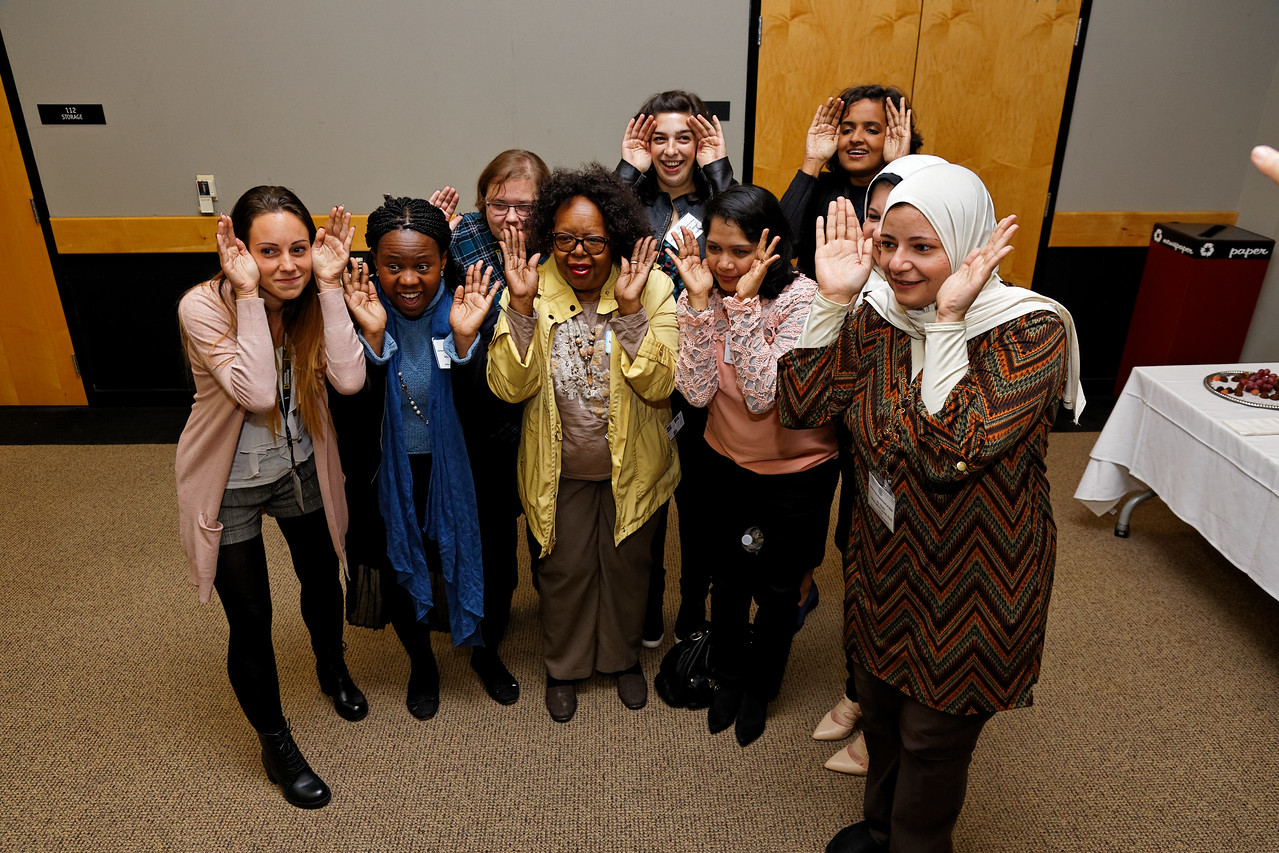 In Washington, DC, I met Ms. Christine Fox, assistant director for policies and analysis at Johns Hopkins University Applied Physics Laboratory, who inspired the leading female role in the film Top Gun. Today, art, and film art in particular, largely determines our perception of the world. Actress Geena Davis is well aware of the media impact on our attitudes, decision-making, and choice of role models. She believes that “if she sees it, she can be it.” In other words, if we saw more female leaders and female representatives of traditionally male-dominated professions on-screen, they would inspire other women to pursue these professions. Only this way will the concept of “woman engineer” stop sounding unusual.

After high school, my interest in the exact sciences took me to the Technical University of Sofia. My parents advised against an engineering major, but that didn’t bother me. What ultimately did was the ubiquitous prejudiced view among my professors that, being a woman, I couldn’t solve practical problems or programming tasks.

And I am not the only one whose abilities have been questioned. Emilia from Slovenia, another Hidden No More participant, had this to say: “At university, the professors would often ask me, ‘Emilia, did you get it?’” It is as if being female is a standard of ignorance; if she gets it, then everyone else (read, the men) in the lecture hall must have gotten it, too. Emilia got high scores on the exams, while those who were supposed to be smarter than her by default lagged far behind.

Emilia is not only exceptionally bright, but also nice and genuinely friendly. One day, some classmates finally summoned the courage to ask, “Emilia, you are beautiful, smart, nice, normal… Why would you want to be an engineer?” 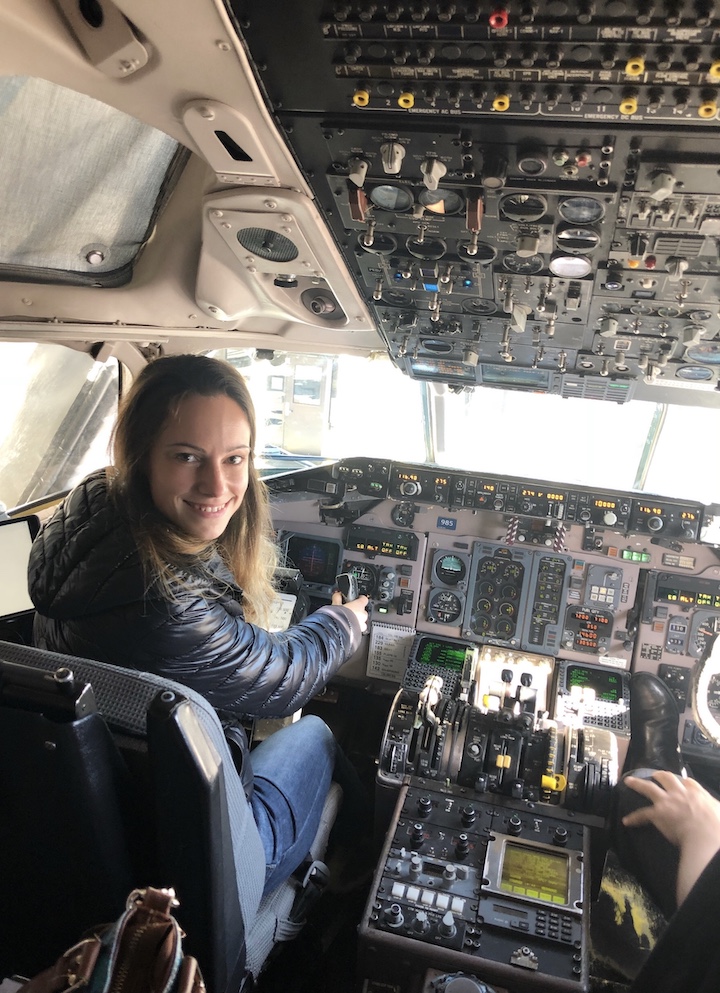 Emilia’s story is also my story. I would ask: What’s not normal about a woman being an engineer? This question was also raised by Mary Jackson, one of the protagonists in Hidden Figures.

A week after we arrived in Washington, DC, we were divided into six teams, and each team headed to a different city. The first destination for me and my teammates, who were from Belgium, the Czech Republic, Egypt, India, Mauritius, Palestine, and South Africa, was Greensboro, North Carolina. I did not know anything about Greensboro, and I did not expect much. But I saw this trip as a gift from fate, and I was determined to make the most of it.

The visit to the local STEM Early College left a lasting impression on me. I met a very brave principal who admitted the applicants who had “a certain something.” She didn’t look at gender, race, ethnicity, or the parents’ economic standing. The teachers tailored their approach to the individual students in order to help them develop that “something.” But what impressed me most was the students themselves. They were mature, goal-oriented, and eager to make the world a better place. Speechless, we would listen to them talk about the problems they wanted to solve (hunger and heart disease), the virtual reality environments they were building, and the art projects they were working on (gender-specific art appreciation). These 16- and 17-year-olds’ words echo in my mind: “Grades do not make you who you are!” and “In this environment, I’m not a statistical unit!”

That’s when I realized why Space Challenges Junior was so successful—our attitude toward the participants. There is never a “bad” project or an incorrect way to approach a task in our program. We don’t give out grades. What makes every child valuable is his or her unique skills and abilities.

One example is ten-year-old Maria, who managed to fit the program activities in between sessions with the school psychologist and additional tutorials in almost every subject she took at school. Maria has been diagnosed with dyslexia, dyspraxia, epilepsy, attention deficit, and other disorders, but the multiple labels she has to live with do not stop her from being an extremely resourceful, capable, and intelligent young woman who completed the program’s twelve missions almost effortlessly. Will she become an engineer? A linguist? A veterinarian? It depends entirely on her, and I’m happy we could give her a chance to develop the skills she did not even suspect she had. 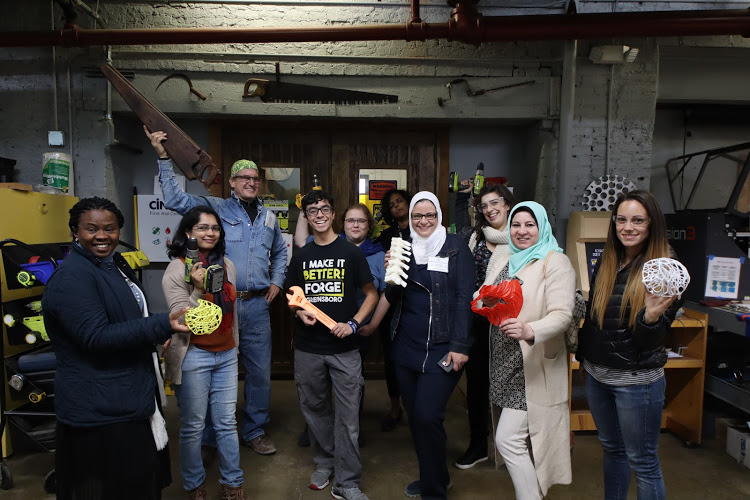 The program is designed to enable each child to gain lasting knowledge based on his or her interests. Five-year-old Kliment worked on inventions that would help protect the world’s penguin population. After completing the program, he returned to mentor his best friend. Setting a good example inevitably brings a wave of followers.

Hidden No More was an extraordinary opportunity to make some of my own childhood dreams come true, such as seeing space shuttles Discovery and Endeavour and visiting Johns Hopkins Applied Physics Laboratory as well as the laboratories at the Joint School of Nanoscience and Nanoengineering, Fermi National Accelerator, and the University of Southern California. I also sneaked a peek into the inner workings of several major science centers. The program included a variety of cultural and career-type events, meetings with impressive individuals, and marvelous opportunities to exchange ideas. Months later, I’m still super charged by the positive experience and inspired to brave new heights. 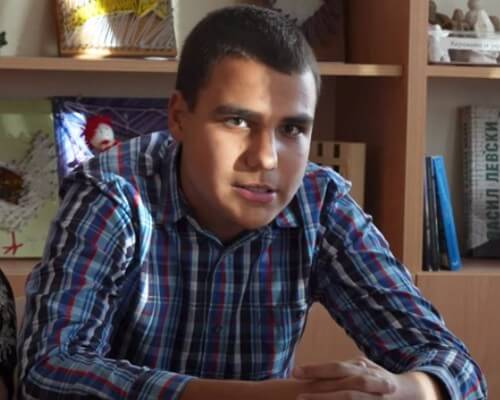 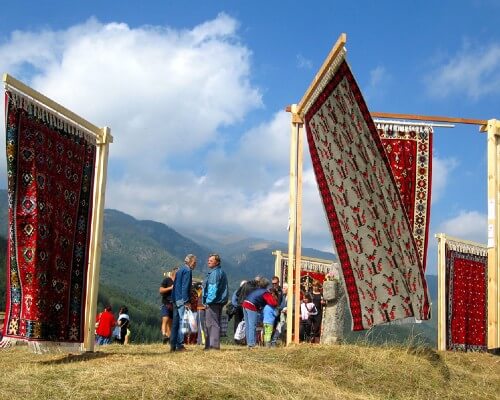