2020 was a tough year to launch a business, but not for Lazar Lazarov. The 31-year-old had been preparing for the move for over 10 years. Moreover, he had just completed Business Academy for Starting Entrepreneurs, the America for Bulgaria Foundation’s free entrepreneurship program, in Pleven, and his idea to start an online shop for custom dress shirts had won the program’s top prize.

It was the motivation he needed, Lazar says, to take the plunge.

Although clothing production declined globally in the first few months of the COVID-19 pandemic, work soon picked up again in Bulgaria, а production hub for the world’s top fashion brands. Thanks to his decade-long experience in the clothing industry, Lazar already knew some of the big producers based in his hometown, Pleven. His calm, friendly manner and stellar reputation in the sector opened many doors. By the time he had finalized the lease agreement on a production workshop in Pleven’s industrial zone, bought the necessary equipment, and hired his first employees, he already had several orders. He took on the toughest jobs and always delivered on schedule, earning him his clients’ trust and support during drops in production due to pandemic-related interruptions. His staff quickly grew to seven full-time workers and three part-timers.

Although the work is helping him build a reputation, an able team, and capital, Lazar’s ambition goes beyond being a sewing contractor. He wants to make and sell custom dress shirts under his own brand, Made Right. When the company’s website is ready, customers will be able to assemble their own shirts online and order from the comfort of their homes. Initially, Made Right will offer made-to-measure shirts for men, with plans for bespoke styling, for both men and women, down the line as well.

Lazar speaks passionately about the challenge of making a good shirt. Made Right is his promise to customers that perfect fit and maximum comfort are his ultimate goals and that no compromise will be made with the quality of this essential garment. “Making a shirt is a much finer job, it’s a lot harder to make than other items of clothing,” says Lazar, who knows garment production inside out. He believes that there are few things as off-putting as an uncomfortable shirt and that “if you are good at making shirts, you will definitely have clients because not many people are good at it. It’s finer, more skilled work.”

The desire to create beautiful, functional, well-fitting clothing enticed Lazar into the garment industry in the first place. “Most people enter the world of fashion because they want to be designers,” he says, and initially, in high school, he went for a design-focused specialty himself. “Eventually I realized that what appeals to me more is taking a design and creating the garment; my thing is the technical part more than the creative one.”

A love for sartorial challenges runs in the family. Lazar grew up watching his granddad, a mechanical engineer whom he is named after, sew his own clothes. Young Lazar would often pause his games to observe his grandfather methodically cutting and sewing together fabric for pants, shirts, and jackets. “I don’t think he bought clothes other than socks and underwear,” Lazar says.

Even then, a part of him knew he would follow in his grandfather’s footsteps. As a teenager, he enrolled in Pleven’s Professional High School of Clothing and Textiles, eagerly absorbing everything that school could offer. However, it wasn’t until he graduated and started working at a large Pleven garment maker that he really started learning the ropes of production. He worked in every available position in the factory, exceling in each one and soon rising to the role of manager. Wanting to further his knowledge, he also completed a degree in textile engineering and technologies at Gabrovo’s Technical University.

Going into business for himself had been at the back of Lazar’s mind for some time, and he knew that the focus would be on shirts. To perfect his technique, he made shirts for free for friends for years. When advertisements for a free entrepreneurship program went up around his hometown in 2019, he jumped at the chance. Business Academy for Starting Entrepreneurs (BASE) was a real game changer, not only giving him the courage to strike out on his own but also providing a portion of the initial capital for Made Right.

“One of the best things about the program is that it gives you a good sense of how realistic and feasible your idea is, how much potential it has,” Lazar says.

During the three-month program, a practical curriculum and mentors from a variety of business backgrounds help budding entrepreneurs like Lazar develop their ideas into viable businesses. Together they cover the basics of starting and running a business: financial planning, product and service development, pricing and sales, accounting, and legal issues, among others. By the program’s end, most ventures are ready to launch.

“BASE gave me the confidence that this is the way; I just had to start, and things would work out gradually. I was a lot more worried two years ago, when I was still thinking about whether to do it,” Lazar says, laughing.

In March 2021, Made Right turned one, and the company is doing a lot right. A reputation for punctual, quality work has attracted steady business and happy clients. In the meantime, work on the online shop is progressing well, and it will be ready to launch in a few months. For the time being, customers can order a Made Right shirt by contacting the company directly. 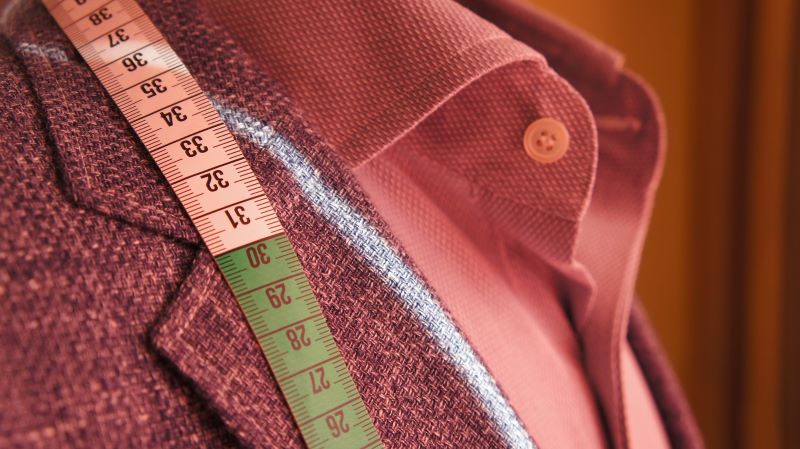 “We want to make sure our clients are not just satisfied, but more satisfied with our work than with most things,” Lazar says.

It’s an ambitious goal, but you go far only by aiming high.

Business Academy for Starting Entrepreneurs (BASE) is an entrepreneurship training program developed by the America for Bulgaria Foundation and run in partnership with organizations such as the Industrial Cluster Srednogorie Association, National Association of Small and Medium Businesses, Association of Bulgarian Leaders and Entrepreneurs (ABLE), Council of Women in Business in Bulgaria, Magna Natura Association, East Accelerator Foundation, Society and Safety Foundation, and Trust for Social Achievement. Since its first edition in 2018, BASE has helped dozens of individuals across Bulgaria build or expand small businesses creating hundreds of jobs in places like Lovech, Troyan, Pleven, Mirkovo, Zlatitsa, Panagyurishte, Etropole, Elin Pelin, and Sofia. 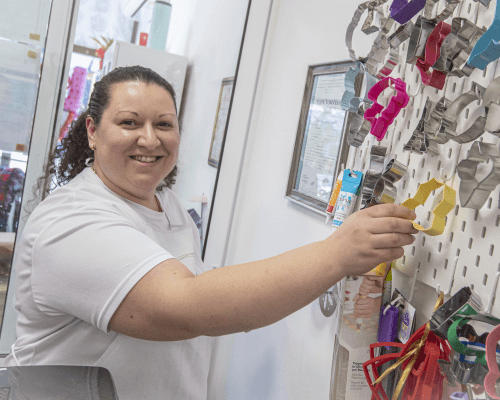 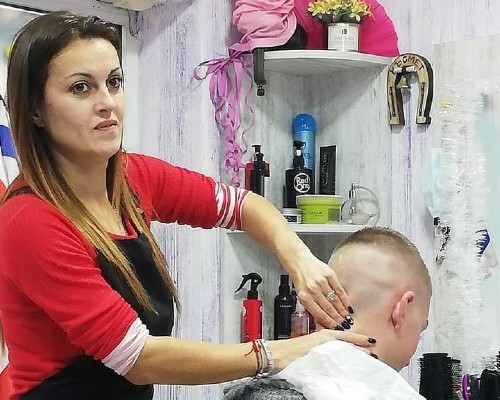 Neli Stoimenova’s First Rule of Business: Believe in Yourself