Meet the ABF Board:
Dimiter Voutchev

Standing waist-deep in corn, rescuing workers from foreign invasion, and going back to work on day 1 of his vacation have never been part of Dimiter Voutchev’s job description. These circumstances arose in the course of his work and he rose to the occasion, never questioning having to do them.

His varied career has included working with companies from as far away as Angola, Mozambique, Laos, Cambodia, and Nicaragua and has required him to set up a bank, write a draft bill overhauling the Bulgarian pension system, and prepare an IPO. He has also had to learn how to distinguish sprouted from unsprouted corn, what green plants survive 50-degree Celsius heat, what equipment is necessary for a croissant-making factory, and what to do when 16 employees of your management team walk out to form a competing company.

But he had detailed knowledge of everything else at work.

When a partner bank went under in 1996 and stopped paying its obligations to his then-employer, the Bulgarian-American Enterprise Fund, he knew their borrower list so well he was able to identify a farmer who couldn’t service his loan conventionally but had another, less conventional way to settle it, Dimiter realized. This is how the Fund came into possession of nearly 4,000 tons of corn.

In Dimiter’s approach to his work, going the proverbial extra mile is literal. When an opportunistic buyer attempted to purchase the corn at a fraction of its cost by telling a lie—that the corn had sprouted—he was at the storage facility, 230 miles away, a few hours later wading in corn, reviewing logbooks, taking samples, testing for excess humidity. The corn had not sprouted and was eventually sold to a different buyer for a handsome profit.

When a former Bulgaria-based employer won a landscaping tender in Kuwait and the project had to be completed on a tight schedule and under rigorous conditions, Dimiter moved there, thousands of miles from home, to oversee the works. Later on, when 16 mortgage managers at the bank he was then overseeing walked out to form a competing lending entity, he cut his vacation short and traveled the several hundred miles from the Aegean coast to Sofia, resolving the crisis in less than 24 hours.

The ability to stay unfazed and a “you take what comes your way” attitude helped Dimiter not only survive but do well in a highly unconventional professional trajectory. His education was in international economic relations, a degree that, in pre-1989 Bulgaria, prepared individuals to work in the state companies trading with the outside world. However, historic circumstance set Dimiter’s career on a slightly less predictable course: foreign trade, landscape architecture, real estate development, investment banking, pension insurance, and private hospital management are just some of the fields he ended up working in.

Fresh out of university in the mid-1980s, he was assigned to work in one of the state’s foreign trade entities, where he was quickly promoted to head of department. His main job was to find trading partners that paid in hard currency, not in goods, which is how many of the company’s clients settled their bills. Enter Kuwait—a young country flush with petroleum money that was attracting the world’s top talent to build a modern state out of the desert. Dimiter’s company won a tender to turn a small corner of the desert into park and recreation areas. He relocated to Kuwait to do it.

Soon thereafter, Dimiter’s team won another tender, and even with work proceeding at full speed, the projects would take three years to complete. This is why he was still in Kuwait in August 1990, during the Iraqi invasion of the small Gulf state. He was captured during his attempt to retrieve Bulgarian workers stranded in the occupied Kuwait City and then taken to Baghdad. He spent the next three months as a captive in the Bulgarian embassy there.

When he was finally released and returned to Bulgaria, in November the same year, his native Sofia looked worse than a war zone. The state and the economy had collapsed; there were empty stores, ubiquitous protests, where clashing slogans could be heard everywhere, blackouts, food and petrol rationing. Dimiter remembers seeing a large crowd in front of a store and asking what the people were waiting for. Someone replied: “No one knows. But they said they’d stock up on something.”

There was nothing for him to do but seek his fortune elsewhere. When normality returned to Kuwait, so did Dimiter. From 1991 to 1993, he was financial director of Hamoor Investment Group, an investment company. His job was well remunerated, his life—comfortable and mostly secure.

Chaotic and insecure though it seemed, Bulgaria beckoned. Dimiter looked through job ads in newspapers and mailed out resumes. In 1993, he bid Kuwait good-bye and, in the very first month back in Sofia, he received a letter in the mail—an invitation to interview with the Bulgarian-American Enterprise Fund (BAEF). “Who are these guys?” he thought. “I’ve never heard of them.” His resume had caught the eye of the manager of Shell Bulgaria, who was married to a manager at the Fund. So began Dimiter’s 23-year relationship with BAEF and its successor, the America for Bulgaria Foundation.

The Fund was an investment institution financed with US taxpayer money to aid former communist countries in their transition to democracy and free market economy. It was staffed by Americans and Bulgarians working together in Bulgaria to help the country’s first entrepreneurial ventures take off the ground. Not all did, but it was capable young people like Dimiter who assisted in charting a successful course for the Fund over the next decade and a half.

Dimiter came to manage several of the Fund’s major investments, including one of its first lending programs, a pension insurance company, and the Bulgarian-American Credit Bank. Throughout the 2000s, the bank was repeatedly recognized as the best managed and most profitable bank in the country. Dimiter helped steer the Fund’s wind-down and the sale of the bank in 2008 and form the America for Bulgaria Foundation, on whose board he has sat since 2010. Despite the many twists and turns in its fortunes, the Fund was eventually so successful, the sale of its various assets represented a return on investment of nearly 800 percent.

Dimiter attributes that success to the quality of the team and their motivation. The people who worked at the Fund, he says, had no working hours and would often go to the office on Saturdays “to finish up a few things.” They traveled the country so extensively the entire country knew them or knew of them.

Former employees provide another clue into the organization’s success: there were great people at the helm, who were capable of building up and motivating those below them. People like the CEO, Frank Bauer, and people like Dimiter.

Dimiter’s quiet ways belie a sharp eye for what others are feeling and thinking, as many former coworkers will attest. He will know if something is amiss; he is “a human MRI,” according to one former colleague.

Another individual described him as a fair boss who led by example and always looked out for his people. “One of the best human beings I’ve met,” she said. He is also one of the best loved individuals in investment banking. The 40-plus employees and the many clients who have followed him to his current employer, Tokuda Bank, are a testament to that.

This month, 23 and a half years ago, Dimiter decided to leave a comfortable job in Kuwait and help build something from the ground up in a country that needed rebuilding itself.

Was it worth it?

“It’s satisfying, when you look back, to see what you have helped people build,” Dimiter says. Doing your job well is satisfying too.

And speaking of doing, writing a job description may not be one of Dimiter’s strengths. But it doesn’t need to be. The human MRI will know right away if you have what it takes to do the job. 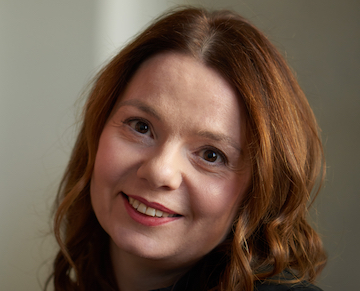 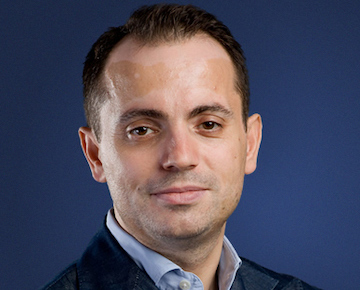