Some of Iva Lazarova’s earliest memories are of attending the anti-regime protests that shook her native Bulgaria in 1989–1990. Tens of thousands of Bulgarians marched in the streets for freedom and democracy for weeks; optimism and hope ran high.

One lesson Iva learned over the ensuing decade is that democracy is not something you attain quickly or through a one-off event; building democracy is a process that requires constant work and participation by both citizens and elected officials. It would take a full decade, several political and economic crises, and an even bigger chain of protests, in 1996–1997, before democracy gained a firm enough foothold in the country.

Many of the original protesters didn’t stay to see that happen. They emigrated in search of better opportunities for themselves and their families.

Iva and her family and many like them made a different choice, braving everything that came their way: empty store shelves, skyrocketing prices, hyperinflation, banking collapse.

“You realize there is something that is making your dad work really hard and not come home, something that is also stopping society from developing,” Iva says of those times. In 1997—the year Iva started high school and Bulgarians stormed the parliament building in protest of the worsening economic conditions—she already knew she wanted to work to remedy that something.

Through her pursuit of international relations as a university major, she already had some theoretical knowledge of the ways citizens could participate in public life. However, concrete inspiration for practical engagement came from her experience working summer jobs in the United States.

Wandering into an unfamiliar neighborhood in Harwich, Cape Cod, with a group of Bulgarian friends introduced Iva Lazarova to neighborhood watches—citizen groups that worked in support of local law enforcement, keeping an eye out for suspicious activities and supplying relevant information to help keep neighborhoods crime free. To Iva, neighborhood watch was an example of how seriously Americans took the responsibilities of citizenship. If you belonged to a community—whether your local neighborhood or the national community—then you had to do your part to keep that community safe and well, even if you weren’t officially tasked with it.

The larger takeaway was that even a mature representative democracy like the United States’ and the strong institutions that underpin it require constant citizen engagement for optimal functioning. It shaped her belief that “the public environment is what we citizens make it.”

This belief informs Iva’s work at the Institute for Public Environment Development (IPED), which she joined in 2007 and whose executive director she has been since 2017. She sees the Institute’s activities as a kind of citizen watch whose goal is to ensure everyone in the community is bound by the same rules. “I am not interested in anything else but observing the rules,” Iva says.

IPED’s work is concerned with major rule-breaking, such as public institutions not doing what they are supposed to or elected officials abusing the public’s trust, because this has the most potential to hurt the community’s well-being. “We cannot create a normal business environment if there aren’t equal conditions for everyone, and if those in power do not play by the rules,” she says. As a result, the Institute’s main focus is monitoring elections and the work of public institutions, particularly the parliament—the most important organ of a parliamentary democracy like Bulgaria’s.

“What happens during elections is the most important thing for the public environment. Election day is the day our parliament is born,” Iva explains.

True to this belief, she has voted in every election since she turned 18, including when casting her ballot involved cycling 50 kilometers to the closest polling station in the United States in the summer of 2005, when Bulgaria held parliamentary elections.

To ensure elections are fair and free of interference, IPED collects data and trains independent observers to man polling stations, alerting the relevant institutions when irregularities arise. Over the years, the Institute’s work has shed light on multiple electoral violations and instances of vote rigging. Moreover, IPED has helped to make the electoral process more democratic by ensuring voters could cast their vote for individual candidates as well as political parties, and has been instrumental in securing access to public funding for smaller parties. The latest IPED proposal, which will be implemented by Bulgaria’s Central Election Commission in the April 4 parliamentary elections, will ensure voters in quarantine can cast their ballots, too.

“IPED is among the few Bulgarian organizations aimed at improving the environment for the election process, and it is the only organization that systematically gathers all available public data about electoral regulations and practices and aggregates it to produce comprehensive and objective analyses. This is the ultimate value of NGOs—to seek and to achieve systemic change [through]… consistent and professional dialogue with public institutions,” says Krasimira Velichkova, a longtime supporter of the Institute and head of the Bulgarian Donors’ Forum, the largest organization in the country dedicated to encouraging corporate philanthropy.

To help voters make informed decisions come election time, IPED’s Open Parliament platform publishes regular reports on legislators’ work and political parties’ use of public resources. The Institute’s I Vote project offers the most comprehensive information about political parties’ evolution, current platforms, and positions on important issues—all in one place. All of the Institute’s resources are available online for free.

Naturally, IPED’s work ruffles many feathers. Their office signs were vandalized several times, and their company account was blocked on one occasion. Despite these challenges, all IPED team members have worked there for at least a decade and are united in their commitment to keep institutions accountable and Bulgarians informed about their representatives’ actions.

“We do what we like, and we continue believing in it. When you have done something with dignity, you can hold your head up high,” Iva says, adding: “I am the last person who will give up on democracy.”

Iva admits to doing what she does because of those Bulgarians who, like her family, didn’t take a way out when all around them was collapsing. They made a choice to stay and help build a democratic Bulgaria—one that thrives on freedom of choice, political pluralism, and rule of law.

Iva wants to make sure they made the right choice. 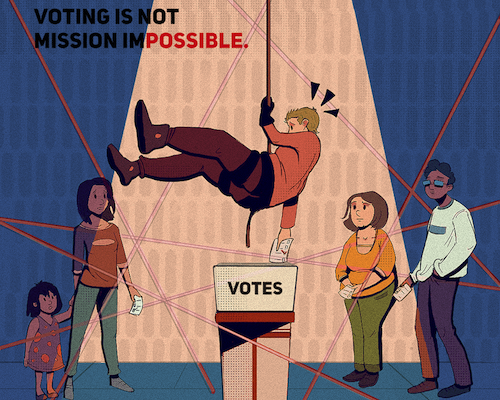 Voting Is Your Superpower. Use It! [An Illustrated Story] 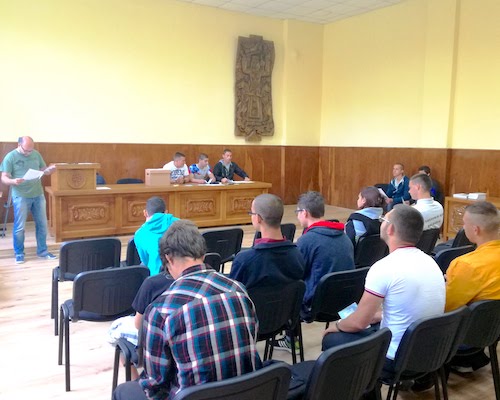 Can Voting Be Exciting Again? Louisa Slavkova Answers in the Affirmative