They signed up for an entrepreneurship program, yet they got so much more.

Twenty-five-year-old Iliyana Mircheva has always had a passion for working with startups. Her dream is to have her own business consulting early-stage entrepreneurs.

Bhushan Trivedi, 32, is a social entrepreneur from India who wants to help revitalize villages in Bulgaria by supporting small farms. He is working on a social startup called Gordost Na Fermera (Farmer’s Pride).

Yana Perperieva, 28, already has a business of her own, a private school offering Chinese language classes, that she wants to develop.

At 26, Radimir Krustev holds a senior managerial position at a Bulgarian construction company and deals with clients all around Europe. He has several business ideas that he would like to test out.

The four met at ABLE Activator, an entrepreneurship program that helps university students and young professionals develop an entrepreneurial mindset and the skills needed to start a business. It does so over seven weeks of intensive lectures, workshops, and group work all conducted in English. Program participants work with successful innovators, entrepreneurs, and business leaders to learn about idea generation, market research, product development, and sales. In teams of up to five, they develop a business idea, which they have to present at the end of the program.

Successful completion of ABLE Activator earns participants membership in the Association of Business Leaders and Entrepreneurs, an organization founded by graduates of the Bulgarian Young Leaders Program, which ran from 2009 to 2016 with support from the America for Bulgaria Foundation. Today, the ABLE community numbers more than 250 professionals from an array of fields whose mission is to develop an active civil society, inspire leadership, and spread an entrepreneurial culture in Bulgaria. Activator is one of the association’s many activities in support of private sector development through innovation and entrepreneurship.

The program goes a step further than entrepreneurship training, however. Through carefully selected activities, it fosters a community spirit among participants. It puts them in situations that require creative problem-solving and initiative but also reliance on others. Because if you want to go through something as challenging as starting and running a business, you had better be ready to trust others enough to carry out your vision.

The very first weekend took participants to a remote location where they were put through multiple obstacle courses and fun adventures. The goal was to create a team out of the thirty very different individuals selected to participate in the program. Their only common ground initially was a desire to challenge themselves and, in doing so, do something for their country. Tellingly, more than a third of Activator participants this year have lived abroad and made a conscious decision to come back, with one of them returning especially to join the program. A number of last year’s participants came out to help with Activator 2020, solidifying the community feeling.

Ivan Sharlandzhiev, ABLE board member and the program’s principal designer, explains the rationale behind starting an entrepreneurship program with a game and adventure course thus: “The role-playing games and simulations we prepared make people more self-aware of their leadership qualities. We want them to get to know each other well but also learn about themselves. This will improve their emotional intelligence and teamwork skills.”

As participants advance through the workshops in the weeks ahead, Activator will be a safe space for debating important questions, testing ideas, and making mistakes without fear of failure or ridicule. The program will also challenge participants’ endurance—program weekends include back-to-back lectures and activities throughout the day—and their preconceived notions of what it means to innovate. On Demo Day, on April 15, the different teams will have a chance to present their business plans in front of a jury and compete for the program’s Best Business Plan award.

It isn’t just about competing though. “By being surrounded by people who are leaders, I learned that I can trust others, support others in what they do,” Iliyana says. This doesn’t make you less of a leader—it makes you a better leader, she thinks. The program is already providing insights into her own leadership style and has driven an important point home: different situations require different leadership approaches.

Activator is allowing Yana to confront her vulnerabilities and gain the confidence necessary to develop her existing business. She says she is astounded by how the program managed to turn thirty people who didn’t know each other into a united team over a single weekend. Bhushan shares the sentiment: “Everything about the first weekend was incredibly enriching. It taught me many things, one of which was self-awareness.”

“I learned that I am not alone. The boundaries of what we can achieve are the people who work alongside us,” Radimir says. “The only problem with Activator is that I cannot work with everyone I want to work with. But I don’t think our connection will end when the program is over.”

In deciding to support Activator, ABF recognized the community-building aspect of the program in addition to its merits as an entrepreneurship crash course. As ABF President and CEO Nancy Schiller said at ABLE Activator’s opening, the Foundation is in the business of “building communities around the country to make sure Bulgaria grows as a prosperous democratic society. The ABLE community is a wonderful example of the potential of young Bulgarians and their capacity for positive change.”

Whether Bhushan, Yana, Iliyana, and Radimir end up on each other’s team or on competing teams is irrelevant. They already belong to the larger team of enterprising young people practicing values like sportsmanship, fair play, and reciprocity—and working for the betterment of Bulgaria. 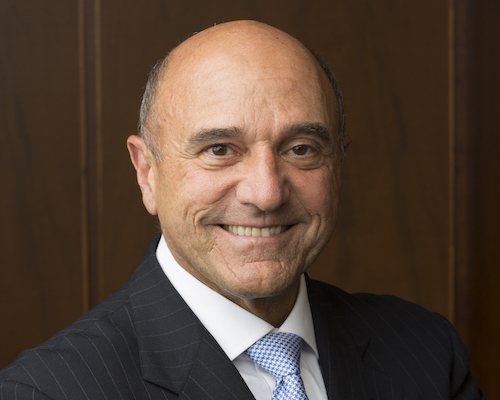 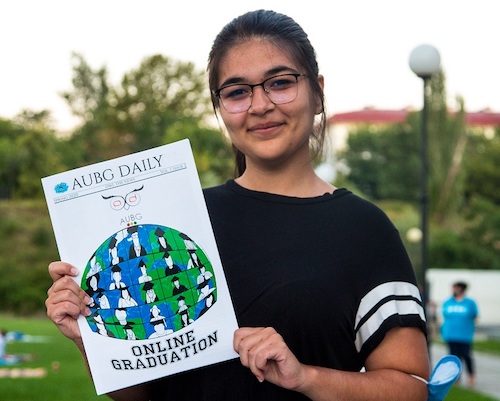 Making Your Future in Bulgaria May Earn You a Tuition Waiver