Why does a highway in Bulgaria cost twice as much as a highway in Germany — and why is the quality many times lower? How do you build a major road without a plan and construction approval? What does the government do with the taxpayer’s money? Are its actions in the name of citizens legal as well as moral? Do civil servants work for the public interest or use their positions for personal gain?

A journalist’s job isn’t just to ask these questions, according to Spas Spasov, but to persevere until they receive answers and arrive at the truth.

Since 2005, Spas has been seeking the truth as a Varna-based correspondent for Bulgarian newspapers Dnevnik and Capital, and for the past five years he has also dedicated time to his work for Za istinata (“For the Truth”), an online platform for investigative regional journalism supported by the America for Bulgaria Foundation. Spas learned the craft in Bulgaria, the United States, and the Netherlands and also completed the “Media in the Internet Age” course at the Paris Journalist Training Center. He is a member of the Association of European Journalists in Bulgaria (AEJ – Bulgaria).

Outside the capital, Sofia, he and the network of journalists he works with through Za istinata are often the only ones asking the difficult questions, and the hard-to-come-by responses — the closest to the truth about the work of government and public spending citizens can hope for. Despite attempts by those in power to stop or hinder their investigations, Spas, Emilia, Venelina, Diana, Ivan, Elena, and their other colleagues from Za istinata tirelessly keep on looking for answers. Their efforts illuminate the work of public officials and hold them accountable for their actions.

There are many examples of that:

In October 2021, the Bulgarian economy ministry thwarted an attempt at the covert privatization of a public enterprise in Plovdiv after the publication of several articles on the subject by Spas in Dnevnik and Capital. An investigation of his for the two newspapers two years ago revealed that more than 130 million levs had been spent on the repair of a two-mile Varna boulevard, each mile costing four times more than a mile of highway. Not only that but the road collapsed shortly after the end of the construction works.

“The very fact that a secret has become public is a victory. Otherwise, the truth would have remained hidden,” Spas says. “That’s how we develop an immune system as citizens.”

An investigation by journalist Emilia Dimitrova from Sevlievo, another member of the Za istinata network, led to the removal from office of the head of the Social Assistance Directorate in nearby Gabrovo because of a conflict of interest and abuse of office.

Last year, an inquiry by Venelina Popova from Stara Zagora into donations by a Bulgarian MP, the subject of Magnitsy sanctions by the US, uncovered legal violations and a slew of other irregularities.

The triumph of truth often has a steep price. Authors of critical work are subjected to various types of pressure. Their names are tarnished in the tabloids, and both they and their families receive threats. Expensive lawsuits are frequently filed against them and their publishers, draining their resources and putting them in a defensive position indefinitely.

These are the challenges that motivated Spas to found Za istinata in 2017. The last straw was an investigation for Dnevnik he did a year earlier into the financing of regional media through public resources and the work conditions for local journalists. The article series came up with the somber conclusion that “Regional Journalism Is Cheap, and There Are Many Takers.”

“A terrible picture emerged from the investigation,” Spas says. In order to receive funding, regional media publishers become PR agents for those in power, and the big losers are citizens. “The absence of local media as a guard dog leads to a fatal distortion of the information citizens receive and a complete lack of oversight over the work of local government,” Spas says. This creates a paradoxical environment in which a private radio in Gabrovo can broadcast a “municipality watch” program paid for by the municipality and hosted by municipal officials. “Until you listen to it for yourself and see the paperwork for the approved funding, you won’t believe it is possible,” Spas says.

“The environment in which my colleagues in Sevlievo, Shumen, Haskovo, Harmanli, Stara Zagora, and others work is incomparably more difficult [than it is in the capital and other big cities]. Retaliation is much swifter in those places. If you are under attack there, you will quite literally have a problem walking down the street,” he says.

The worrisome conclusions about regional media were a tipping point for Spas and key for the emergence of Za istinata. He drew inspiration for the platform from a visit to ProPublica headquarters in New York as part of an ABF-backed World Press Institute fellowship. The work of the US investigative journalism platform is financed through donations by a single main benefactor, the Sandler Foundation, and a number of smaller foundations and individuals. This provides ProPublica with independence from corporate interests, freedom of action, and strong financial backing. Spas adapted this model for Bulgaria, and in 2017, with ABF support, the independent online platform for investigative regional journalism Za istinata was born.

“Until five years ago, journalists working in Smolyan, Sevlievo, Shumen, Ruse, and Burgas did not even know each other, and now they know that there are other diehard truth-seekers like them, and this gives them more courage. It is not easy to be alone, but when there is a community that stands behind you, you have the strength to cope,” Spas says.

In addition to an independent forum and a supportive network, Za istinata organizes trainings and provides legal protection to investigative journalists around the country.

Today, the platform is a sought-after partner by Bulgarian and international media as well as by nongovernmental organizations such as the Anti-Corruption Fund and the Friedrich Naumann Foundation for Freedom. Za istinata journalists’ investigations are key to the compilation of the Black Book of Government Waste in Bulgaria, an annual publication, supported by the Friedrich Naumann Foundation, detailing cases of ineffective spending of Bulgarian taxpayers’ money. For their work, reporters from Za istinata have received a number of awards, including several Valya Krushkina — Journalism for the People distinctions, a Panitza Civic Courage Award, and three Golden Key awards from the Access to Information Programme Foundation, two of which for Spas himself.

“The greatest reward is the feeling that you have fulfilled one of the most important objectives of journalism — to work for change, to make people’s lives better, fairer,” he says.

The desire for more freedom and justice has guided Spas since he took his first steps in the profession. In the late 1980s, the cracks in Bulgaria’s political system were becoming ever more visible, and Spas was among the first journalists in Bulgaria to engage in “critical journalism” — a blanket term for nonconformist journalists’ attempts to distinguish what they did from the party propaganda disseminated by mass media before 1989.

He started his first reporting job at a large Varna weekly at the beginning of the tumultuous 1989, and his very first releases earned him a reputation for being critical and troublesome. His probing look into military training for adolescents stirred hitherto-unthinkable public debate, while Spas’s reports on the forced expulsion of Bulgarian Turks from northeastern Bulgaria were seen as downright dangerous to the regime. Fortunately, the Berlin Wall fell shortly after the publication of the articles, and the countries of the Eastern Bloc started their transition to democracy.

Spas believes that journalism plays a crucial role in the process of democratization. “This is the only way to guarantee freedom — through the maintenance of an open communication channel between citizens and the people they have delegated the governance of their affairs to,” Spas says. “Journalists make this dialogue possible and must press the panic button every time those in power attempt to restrict or thwart that communication.”

But journalism is much more than an intermediary; it is also a moral compass. “Almost every [journalistic] investigation develops on two ‘tracks’ — the track of the law and the track of morality,” Spas said in an interview for the Access to Information Programme newsletter. “The conundrum that we constantly have to solve in our work as investigative journalists is where the line between the two is, which one weighs more. Because what’s immoral often turns out to be completely legal… In my work I have found the solution in a principle of American journalism, which states: ‘Do not ask what is legal and illegal, but what is moral and immoral. Remember that slavery was once legal.’”

Journalism today is confronted by yet another major challenge, Spas says. “Critical journalism will assume an even more responsible role because, with the explosion of social media, it lost the battle for speed of information,” he explains. “Increasingly, its task ahead will be to focus on explaining the facts, on providing answers to the whys, on seeking the news behind the news, on proving or disproving.”

Spas has dedicated more than three decades to journalism, a profession that he considers a personal cause. As a journalist in various print and electronic media over the years, he has investigated cases of illicit spending of both Bulgarian and European taxpayers’ money; worked on stories about poor management and power abuses; and sought the truth about the uncomfortably close relationships between public office holders and private entities.

In September this year, Spas was a panelist at “New Horizons in Journalism,” a conference organized by the World Press Institute in partnership with AEJ – Bulgaria with ABF support. The event’s main theme was the challenges experienced by media worldwide, including “the pressure of economic crises and the ever-narrowing channels for financing independent media, the onslaught of social networks, which have permanently replaced the rational, in-depth look into the news with emotional interpretations. Other conference topics were the growing distrust of journalists, populism, and the devaluation of the journalistic profession at a time when anyone can be a reporter as long as they have an internet connection and a phone in their hands.”

The craft’s devaluation is especially obvious in Bulgaria, according to Spas. “According to a Gallup International poll, people in Bulgaria are profoundly uninterested in media independence,” he says, with alarm, suggesting that one reason might be that schools in Bulgaria do not teach media literacy. “The upshot is a lack of basic knowledge among young Bulgarians about the role of independent journalism.” Spas notes that, in countries such as the United States and France, media literacy programs have been a part of the school curriculum for years and that the efforts of AEJ – Bulgaria to make such programs available to Bulgarian students are a step in the right direction, one giving him hope.

“I don’t think we should expect young people to get wildly excited about politics and what is happening in our country and the world,” Spas says. “That interest will come later — with the realization that they are part of a community. But the critical reflex must be nurtured at school,” he says. He sees a new role for independent journalism in a changing world: it should be a guiding star in a sea of content, cultivating an appetite for facts and zero tolerance for hate speech and disinformation.

Judy & Paul Ridgway Leave a Legacy of Kindness, Care for the Vulnerable 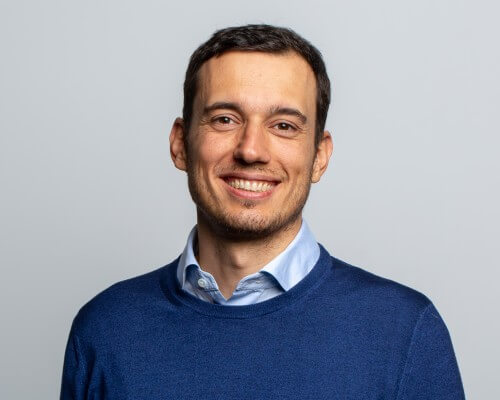 Vassil Terziev: Receiving Today Means You Need to Give Back Tomorrow