Learning Center Borovtsi: So That No Boy Is Lost Again 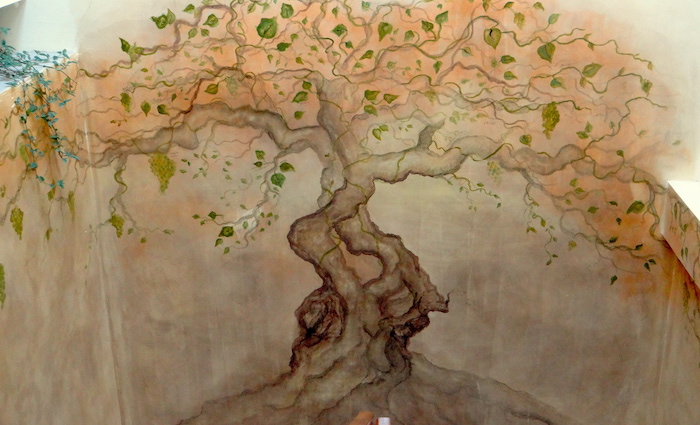 Scroll down for the photo story

By your eighteenth birthday, you will have gone to the store with your parents countless times and learned how money works. By this stage, you know how to scramble eggs and use a vacuum cleaner. You have dish-washing skills as well as other, more marketable abilities such as fluent reading and writing and solid arithmetic. You have found at least a couple of things you are really good at and are working hard to get better at them.

The young men of Borovtsi Learning Center have achieved few, if any, of these milestones. Having spent the first eighteen years of their lives in various states of neglect at institutions for children without parental care, they are not equipped to care for themselves once they come of age and have to leave these institutions. What is worse, with the basic literacy and little vocational training they receive there, all they are prepared to take are minimum-wage menial jobs that doom them to lifelong dependence on social assistance—or worse. The odds are stacked firmly against them.

Judy Ridgway, the founder and director of Learning Center Borovtsi, has made it her mission to turn the odds in their favor.

“Children age out of the orphanages at age 18. They are simply discharged with no support system, no job skills, and no place to live,” she says. Young men have it the worst. “Someone would usually take in a girl from the orphanage; a relative would take her in. No one is going to take a young man. Young men are rough; they eat a lot. They have no place to go,” Judy explains. So, in 2009, she purchased a ramshackle old orphanage facility in the village of Borovtsi, in Northwest Bulgaria, and with the help of hundreds of volunteers and paid workers as well as the financial support of the America for Bulgaria Foundation and private donors, Learning Center Borovtsi started admitting trainees a year and a half later.

Today, the Center offers temporary housing, professional training, and a safe living environment for at-risk men aged 18–35. Carpentry, furniture making, cooking, masonry, landscaping, and farming are some of the specialties the Center is licensed to teach (out of a total of ten professions and thirty specialties). Advanced learners can also take English language and computer literacy classes. However, few of the “boys,” as Judy calls them, are ready for advanced classes upon arrival; their training often starts with life basics. Long before they can tell oak and white ash apart or bake the perfect cake, they have to learn to live on a schedule, maintain good personal hygiene, use a washing machine, peel a potato, and write their names. They also have to deal with a range of physical and psychological issues that have been left unattended for years. So, although courses normally last from twelve to eighteen months, some residents spend several years at the Center before they are ready to strike out on their own.

Judy knows most of the boys who enroll at the Center as many of them grew up at local institutions she has worked with. “I am a familiar face at orphanages here,” says Judy, who has spent the last quarter century trying to make a difference in the lives of Bulgarian children deprived of family care. It was images of parentless children and poor living conditions in overcrowded institutions she saw on TV in the early 1990s that brought the Ridgway family, Protestant music missionaries from the United States, to Bulgaria twenty-five years ago. Judy, her husband, Paul, and their three then-preteen sons spent the better part of the nineties touring the country and putting on concerts at orphanages and senior-citizen homes. This gave them a firsthand experience of the many problems besetting these institutions: overcrowding, understaffing, insufficient funding as well as the rampant neglect these shortcomings produce. Judy and Paul felt called to do more for the people living in these places, which led to the creation of Ridgway Ministries, headed by Paul, and Judy’s Bulgarian Child Foundation, which oversees most education and training projects for at-risk individuals as well as the work of Learning Center Borovtsi.

Over the past quarter century, the Ridgways have helped provide training to hundreds of orphanage workers, special-needs parents, and at-risk individuals; administer 6,000 vaccines and over-the-counter medications to disadvantaged populations through the Healthy Child Project; and fund repairs and equipment purchases at institutions across Bulgaria. To date, they have also given out more than 70,000 pairs of shoes to children and adults in need.

Several times a year, Judy and Paul host teams of volunteers from the United States, the UK, Bulgaria, and the Netherlands, who engage in fun activities with children and adults in institutional care. The “boys” who are still at the Center always come along for the orphanage visits; they partake in the activities and help Judy, Paul, and the volunteers give out toys, clothes, and shoes. This is no coincidence. Most of them come out of the orphanage system themselves, and Judy insists that they maintain their connection with the children who are still there. On the one hand, individuals who are actively seeking to improve their lives serve as positive role models for the younger kids; on the other hand, the experience of caring for others teaches the young men empathy and responsibility. Judy proudly points out that three of the Center’s graduates have gone on to become social work assistants.

Nowadays, between ten and twenty men live and study at the Center at any one time. Some have completed their training, but having been unable to secure housing elsewhere, they stay on as renters, making a minimal contribution to cover their upkeep. When the time comes for them to leave, Judy will send them out with spoons, forks, knives, pots, towels, recommendations, and some money—all the bare necessities a mother would supply to a departing son. “There is no one to get them started in life,” she says. So, she does. In seven and a half years, Judy has helped about 130 young men start independent lives.

Getting them not to feel sorry for themselves is the hardest part, Judy says. “I keep telling them, ‘I don’t have orphans here. I have a young man who is ready to take a step forward. This is your chance to take a step forward.’” Even so, some never learn to cope on their own and succumb to lives of addiction and crime. Many, however, do achieve autonomy and steady wage-paying occupations. Judy speaks proudly of a graduate who moved to Hungary, learned Hungarian, and found a job at an orphanage there. She also mentions a former resident who got his driver’s license at the Center and later found a job as a passenger van driver in England. Judy remembers getting an excited call after the young man’s first day at work: he was ecstatic that he had been trusted with the van keys and the safe passage of fifteen people from home to work and back. As a young orphan in Bulgaria, he wasn’t used to being trusted with anything.

No matter where her grown-up boys are now and how they are doing, “everyone wants to come home for Christmas,” Judy says, laughing. So, it gets crowded down at Borovtsi Learning Center come Christmastime. But being a “you can always set another plate at the table” kind of person, Judy usually comes up with a solution.

To learn more about Learning Center Borovtsi or to donate, go to http://www.bulgarianchild.org/ 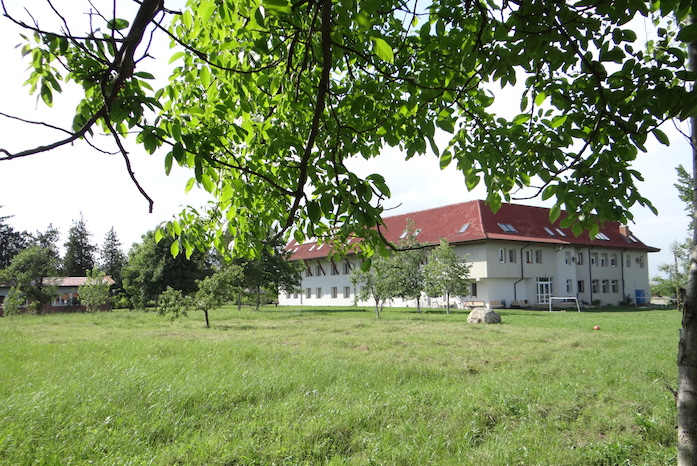 Learning Center Borovtsi is located in the village of Borovtsi, eight miles south of Montana, in northwestern Bulgaria. Despite the bucolic serenity of its landscape, the Bulgarian Northwest is beset by a crumbling economy, high rates of unemployment, and accelerating depopulation. 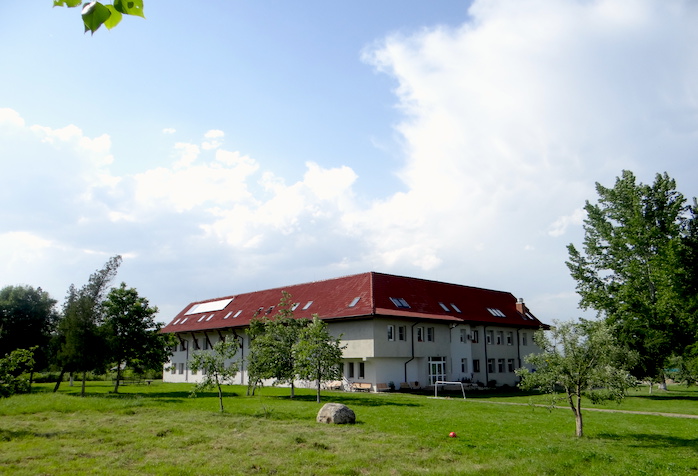 The Center is a converted orphanage facility consisting of a main building, workshops, a basketball court, and a field where residents grow their own fruits and vegetables. 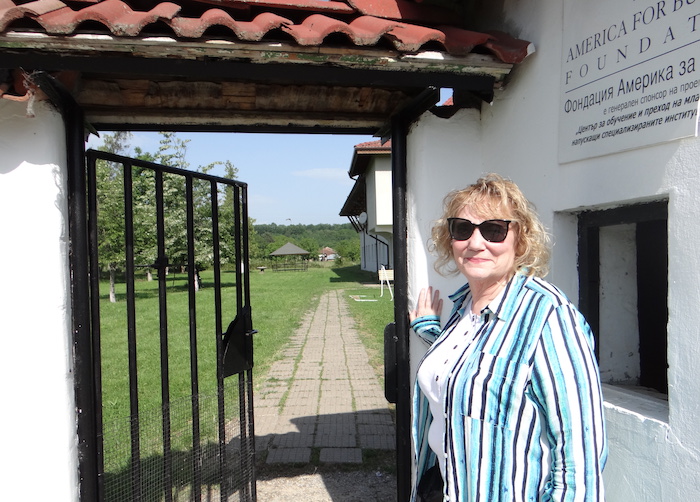 Learning Center Borovtsi came about thanks to the efforts of Judy Ridgway and the support of organizations such as ABF. A special education teacher and singer from the United States, Judy moved to Bulgaria with her family a quarter century ago. She and her husband, Paul, raised their three sons here and spent the past twenty-five years helping orphans and special-needs individuals across Bulgaria. 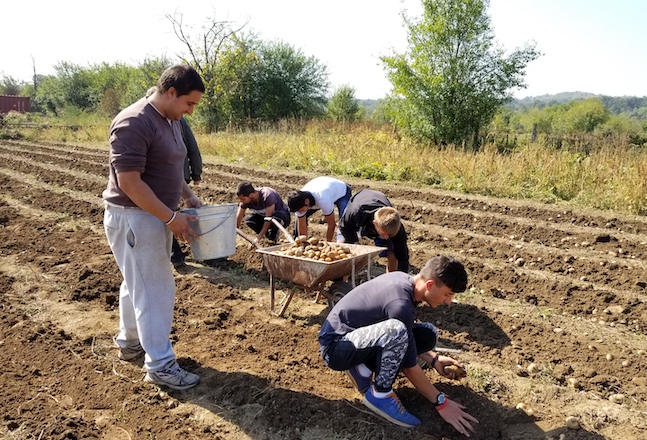 The “boys” from the Center grow their own food. For the rest, the Center relies on donations and on the sale of the furniture residents refurbish. 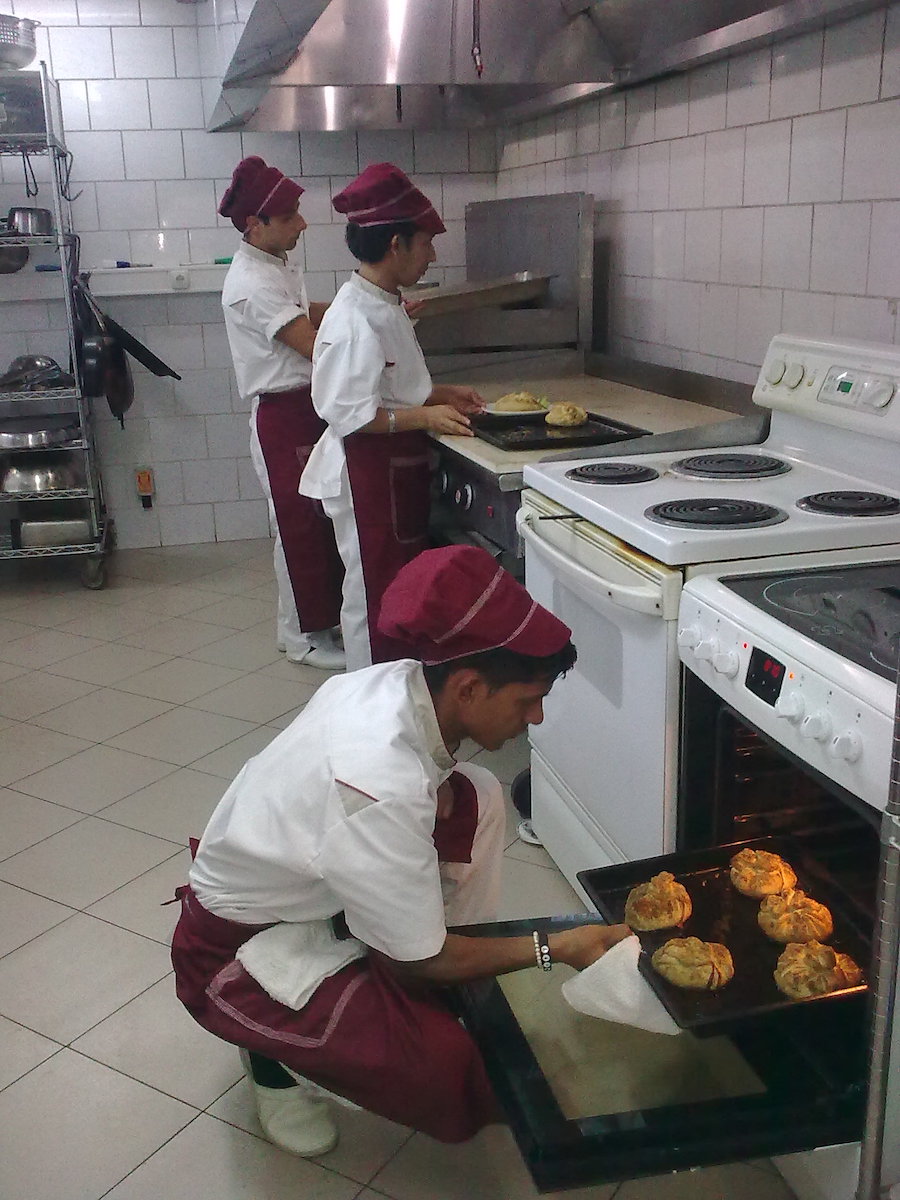 Trainees can earn a certificate in cooking at the Center. 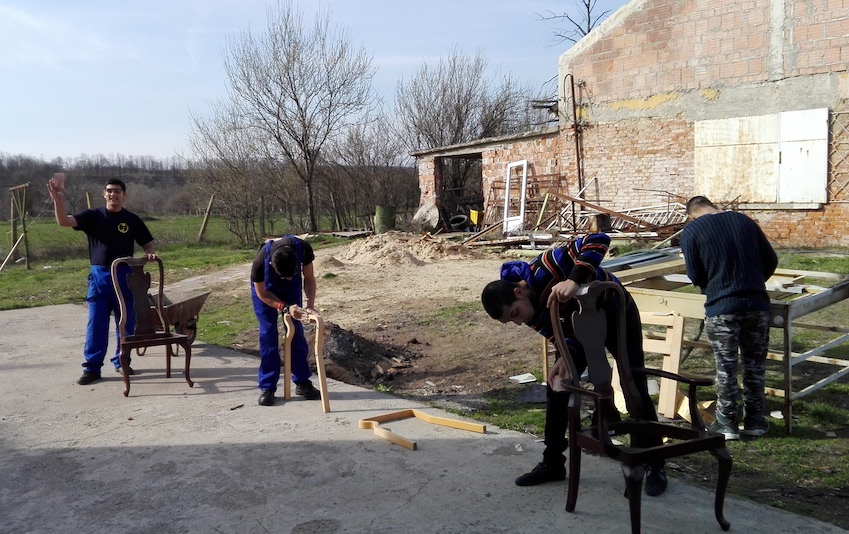 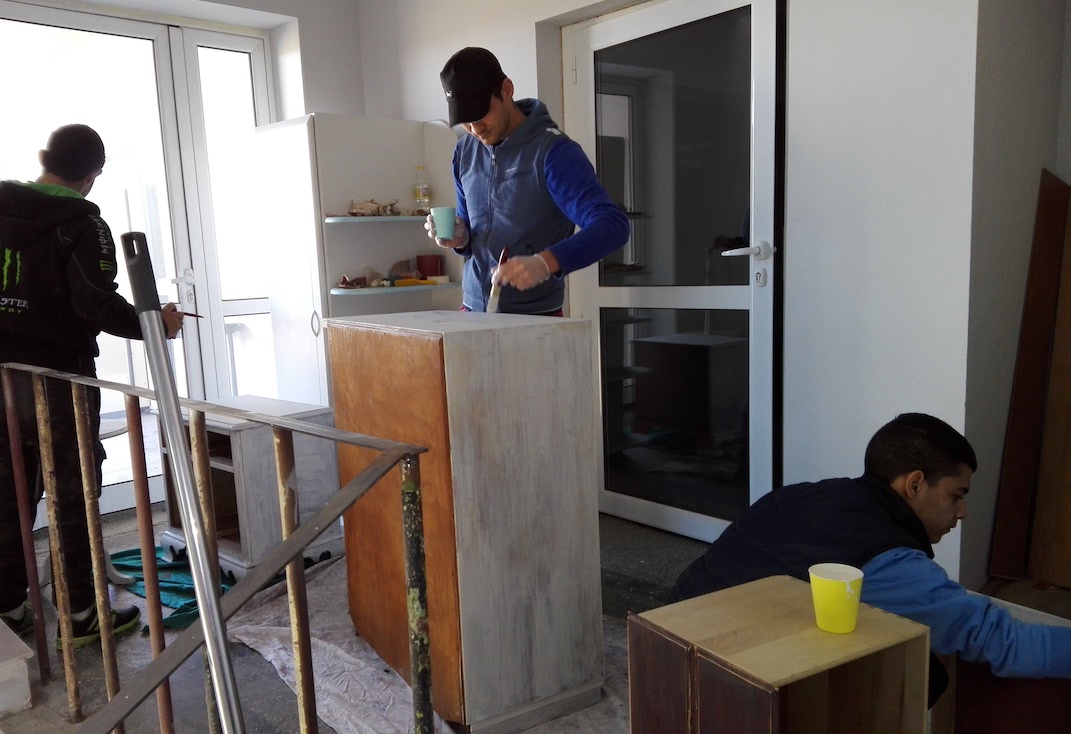 They usually restore old furniture donated by charity organizations in the Netherlands.

The results are always beautiful. 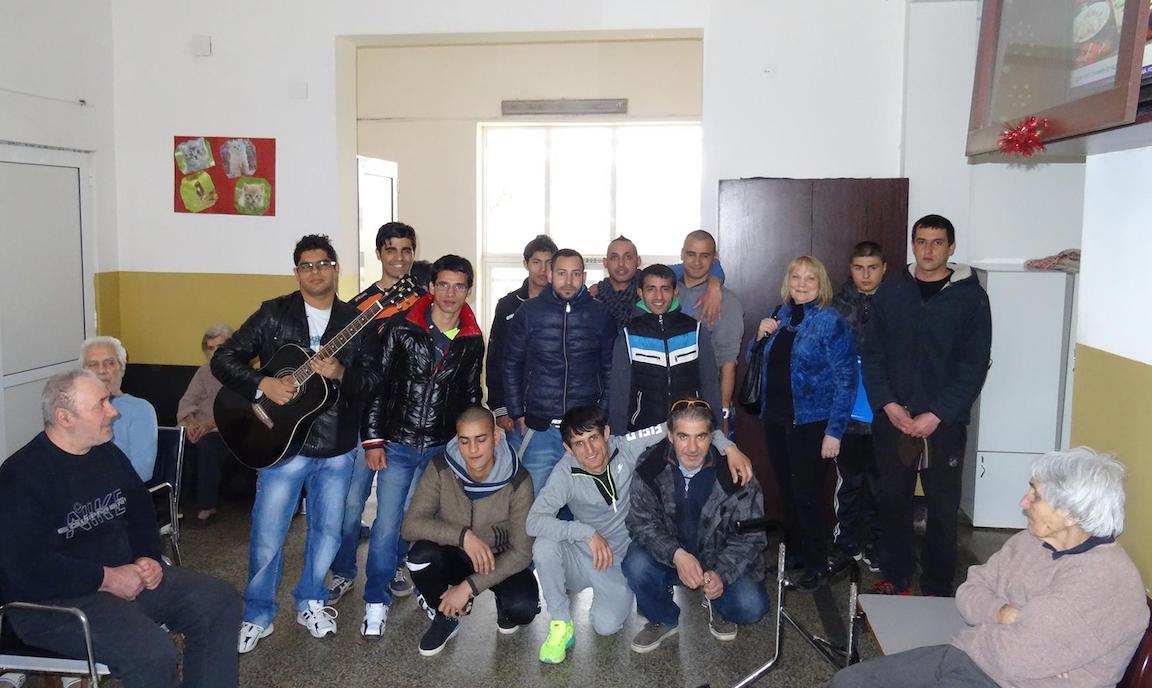 Judy and the boys deliver a performance at the Bistrilitsa home for people with dementia. 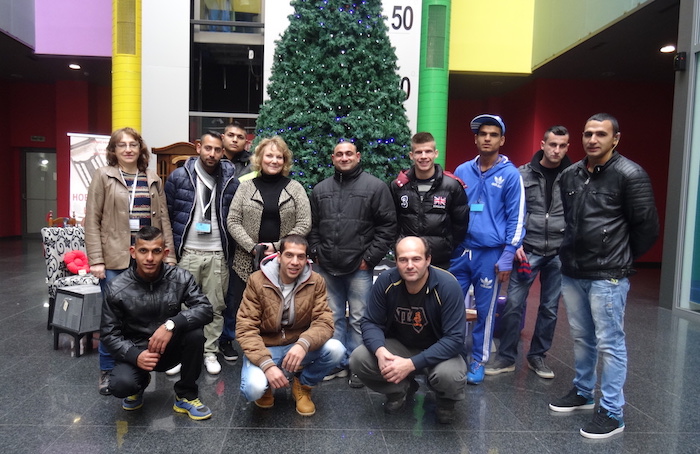 At a Christmas furniture sale with the boys 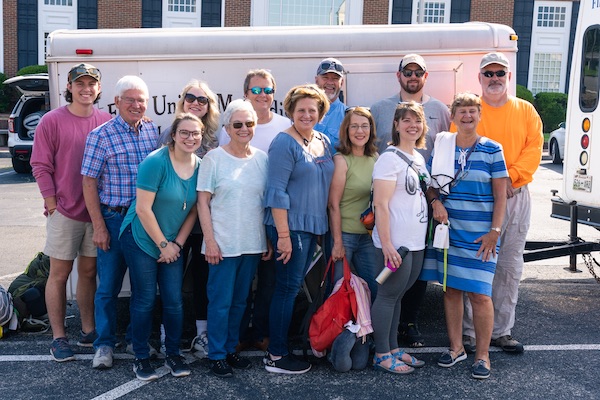 Volunteers from all walks of life make annual trips to Bulgaria to spend time with kids and adults confined to institutional care. The group from the United States that visited in June included a pediatrician, a judge, a teacher, a psychologist, a wealth management consultant, a hospital assistant, a marketing graduate, and a university student. Some of them have been coming back for years. 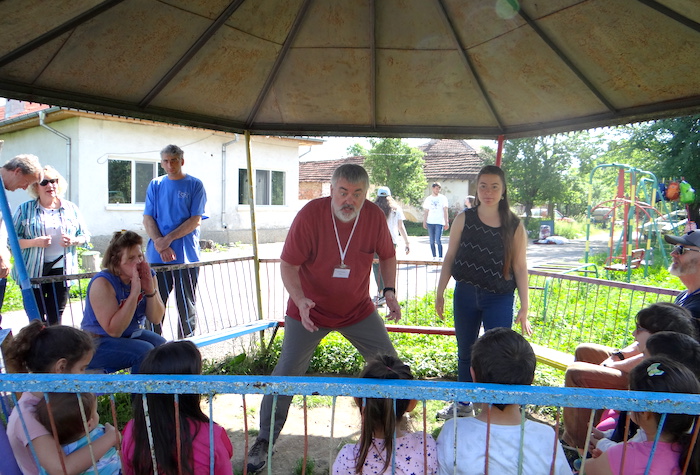 Greg, an entrepreneur from the United States, delivers a dramatic performance of “The Three Little Pigs” to preschoolers with the help of his interpreter, 18-year-old Boryana. Other frequent stops for volunteers are a residential facility for people with dementia in the village of Bistrilitsa, a youth detention center in Berkovitsa, and several orphanages in the area. “They do not have a relative who visits. They are special for an hour or two when we visit,” Judy says. 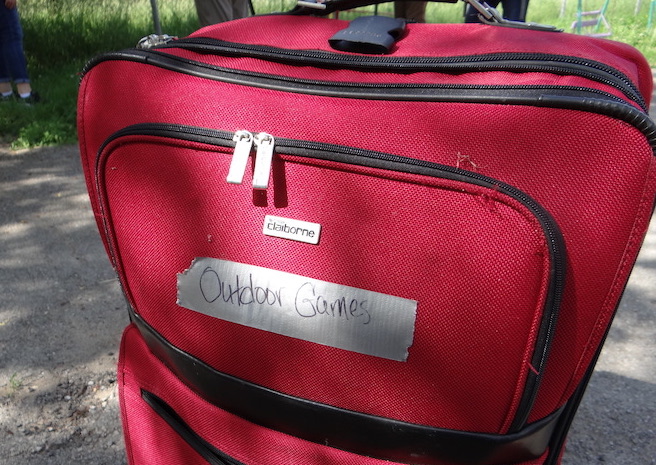 Sometimes, a suitcase-full of outdoor games is all it takes to bring a smile to someone’s face. 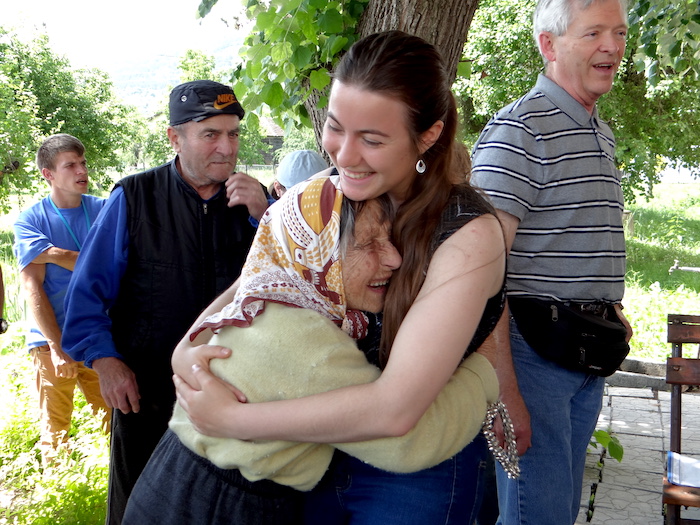 At the home for people with dementia in Bistrilitsa 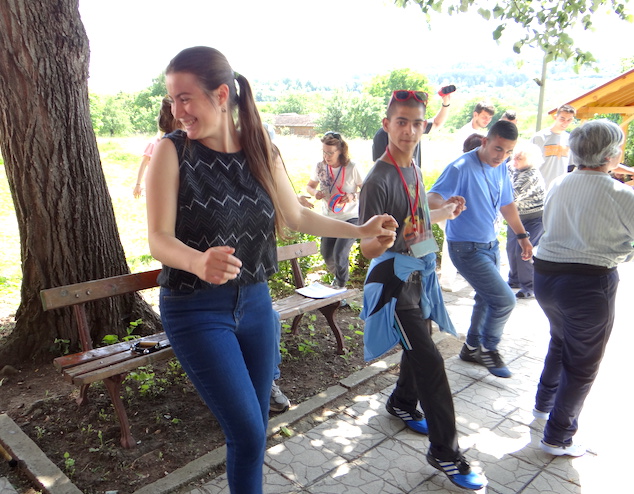 The outdoor games, singing and dancing, and arts and crafts workshops are enjoyed by all around. 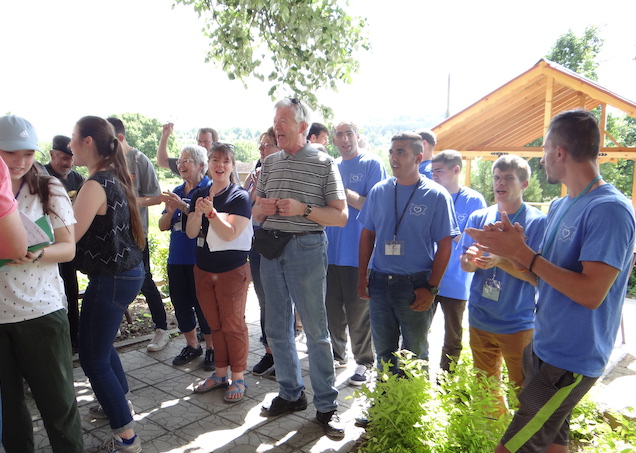 “He who sings does not think ill thoughts.” A Bulgarian proverb 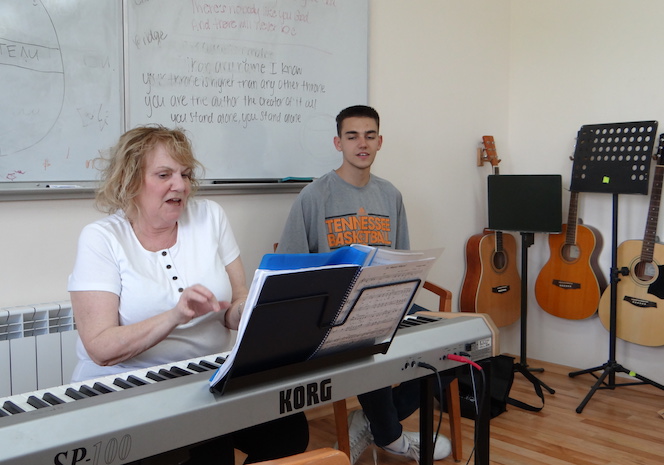 Judy has a gorgeous voice and plays the piano with pizzazz.

An American volunteer drew this beautiful tree on an internal wall at the Center. “It’s our own version of a family tree,” Judy says. 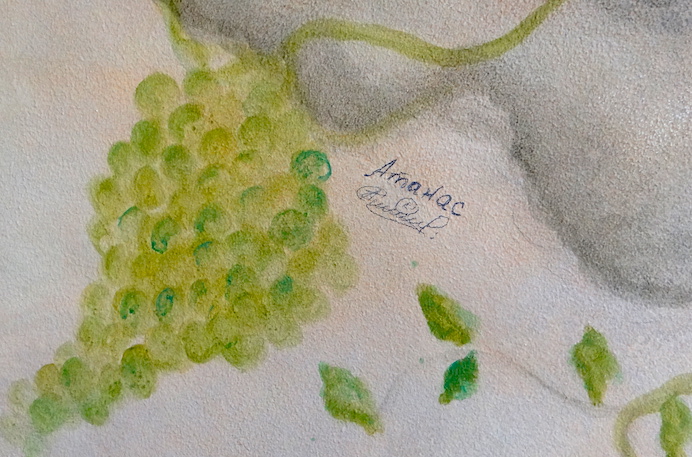 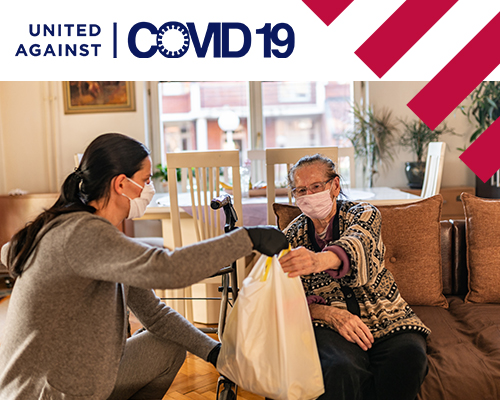 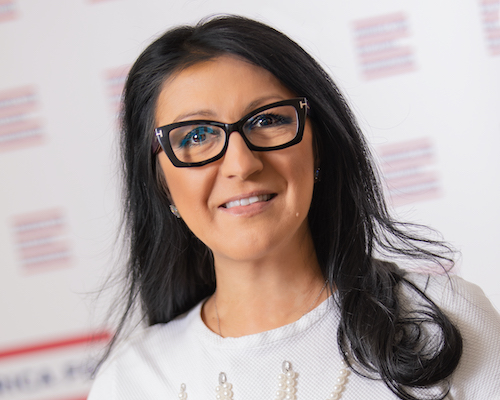